It has become certain .. Barcelona loses the first star of the team against Bayern Munich
أخبار عاجلة 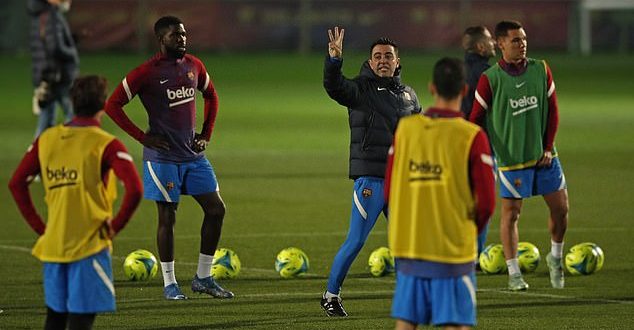 It has become certain .. Barcelona loses the first star of the team against Bayern Munich

Barcelona President Joan Laporta brought bad news to the Catalan club’s fans, as he stressed that the chances of Ansu Fati catching up with Bayern Munich in the last round of the Champions League groups are almost non-existent.

Fati suffered a severe injury nearly a month after his return to the stadiums after a major injury that kept him away from football for ten months, and he was scheduled to join the Bayern Munich match.

But Laporta, in his speech to the Catalan Channel Three, considered the matter unlikely, and said, “It is difficult for him to play against Bayern Munich, this decision is in the hands of the club’s medical services.”

And the newspaper “Sport” reported that Fati’s crisis is related to the failure to achieve recovery on the predetermined dates from doctors in Barcelona, ​​​​which portends a catastrophe if he participates early or risks him in general.

Barcelona were about to “take a risk” and decided with Fati already, but given the previous factors besides the player’s history with injuries, the club backed down and decided to calm down so as not to lose the 19-year-old for too long again.

Now Xavi Hernandez will have to rely on Ousmane Dembele as a winger in the decisive Bayern Munich match, and hopefully the France international can show what he showed last season.

The Real Betis match on Saturday in the Spanish League will be a “rehearsal” to see what Dembele can offer against Bayern Munich. Xavi will give him the full opportunity to make sure he can make the difference against the Bavarian giant.

It is worth noting that Dembele, the 24-year-old, has only participated this season in 73 minutes spread over three matches, yet the feelings towards him were good after he appeared distinctly compared to his absence since last June due to injury.