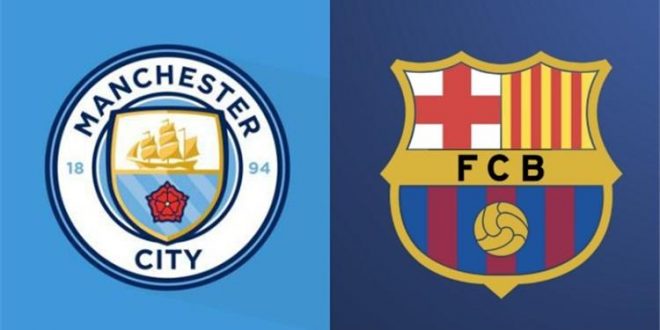 Press sources reported that the Public Prosecutor’s Office in the Italian city of Turin revealed the involvement of Manchester City and Barcelona in the case of manipulating deals to achieve capital gains.

The Public Prosecutor’s Office in Turin confirmed the involvement of the Catalan club and the English club in the case of capital inflation by manipulating the transfer market.

About a month ago, the Supervisory Committee of Professional Football Clubs in Italy revealed a series of transfer market operations that took place between 2019 and 2021, which included many players from Serie A clubs, and a number of foreign clubs.

The issue of capital gains has caused a lot of discussion in recent years, due to the establishment of a specific standard for the market value of players, especially the younger ones who are exchanged between clubs to give a recovery to the income statement.

A few days ago, the Italian financial police announced that they had attacked the headquarters of Juventus because the Turin prosecutor accused the club of financial corruption.

The Italian newspaper, “Toto Sport”, revealed the final list of the clubs involved in the capital gains issue, led by Juventus, Barcelona and Manchester City.

The list includes five clubs from the Italian Serie A: Juventus, Napoli, Genoa, Sampdoria and Empoli.

Besides two clubs in the Italian second division, Parma and Pisa, two clubs from the third division, and one team from the fourth division.

While Manchester City and Barcelona top the list of clubs outside Italy, which includes seven clubs.

In addition to City and Barcelona, ​​there are three clubs from France, Marseille, Amiens and Lille, and two teams from Switzerland, Basel and Lugano.