Firpo on the reasons that led him to leave Barcelona: "The disrespectful" Koeman was lying to me!
أخبار عاجلة 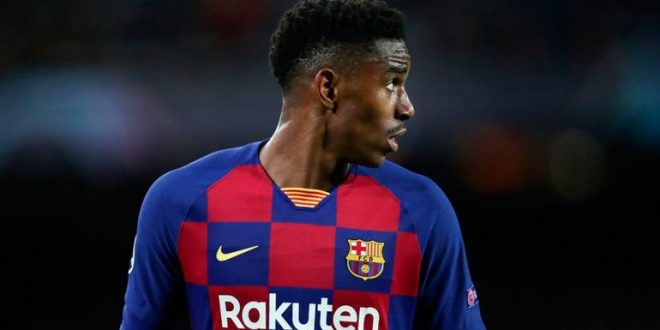 Firpo on the reasons that led him to leave Barcelona: “The disrespectful” Koeman was lying to me!

gool 9 ديسمبر، 2021 barcelona التعليقات على Firpo on the reasons that led him to leave Barcelona: “The disrespectful” Koeman was lying to me! مغلقة 131 زيارة

The left back of the former Barcelona first team football club, Junior Firpo, talked about the reasons that led him to leave the Balograna last summer Mercato and move to Leeds United.

Firpo left Barcelona for not participating in the matches under the leadership of coach Ronald Koeman, who relied on Jordi Alba as a left-back.

The Spaniard spoke on the Catalan radio station “Cadena Ser”, and said: “We were not watching videos of the opponent to study it, nor our own videos in order to improve our performance.”

He continued, “With Bielsa (Leeds coach) we see a lot, as he is a coach who loves focus and attention from the players.”

He added: “In Barcelona, ​​I asked Koeman more than once for explanations as to why I did not participate, but he was lying to me, telling me things that make no sense, things like that I train badly and my presence negatively affects the other players.”

He continued: “I lost my passion for football in Barcelona. There were things that I did not understand and in certain moments they were disrespectful.”

And he concluded: “I never understood why when the substitutes train after the match, Koeman stays in his room.”