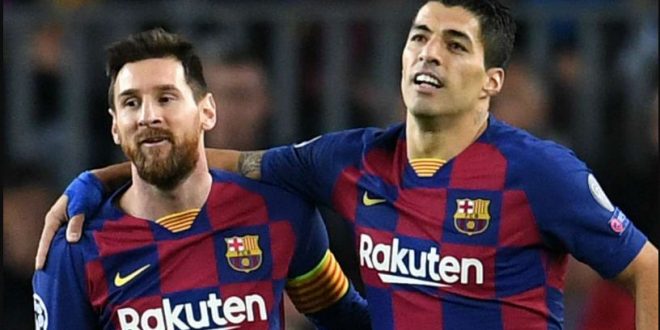 Barcelona is set to sign one of the players spotted by the scouts of their eternal enemy Real Madrid, in the upcoming winter transfer season.

Barcelona is intensifying its steps in order to search for a new striker, due to injuries, and the inability of the current players to give coach Xavi Hernandez the required addition.

According to information received by the Spanish newspaper, Mundo Deportivo, Barcelona plans to sign Uruguayan Agustin Alvarez, the Penarol striker, during the next winter Mercato.

And the newspaper announced that Alvarez is receiving the attention of many clubs this season, led by Real Madrid.

She indicated that Alvarez plans to move to Europe next winter, and the expected price of the deal will be 12 million euros.

The Uruguayan striker played 40 matches with his team this season in all competitions, in which he scored 23 goals, and was the top scorer of the Copa Sudamericana with 10 goals.

The newspaper said that Alvarez’s price is not exorbitant, but it remains a big bet for a young player who has not yet had his first European experience.

And she explained that Barcelona has another goal in Uruguay, where Matias Arezzo, the star of River Plate de Montevideo, is watching.

The newspaper reported that the 19-year-old Uruguayan sniper, Agustin, is ready to move to Europe for only 8 million euros.