Spain's El Nacional: The African striker is one of Xavi's first demands in Barcelona
أخبار عاجلة 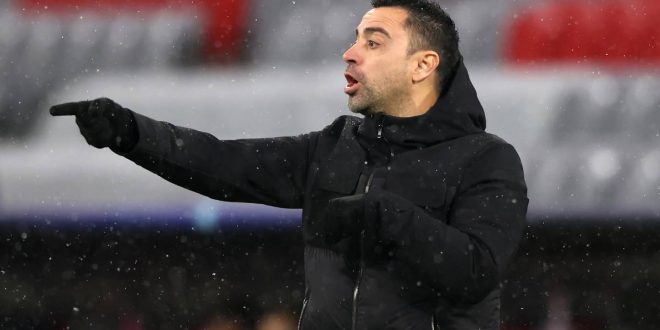 Spain’s El Nacional: The African striker is one of Xavi’s first demands in Barcelona

Barcelona coach Xavi Hernandez has appealed to the management of his Catalan club to sign a prominent offensive deal in the upcoming winter transfers.

According to the Spanish newspaper, El Nacional, Xavi called on Barcelona President Juan Laporta to include a prominent striker in January, to support the Blaugrana attack, to compensate for the absences that the team lost on the front side, namely Ansu, Fati, Sergio Aguero and Danish Martin Braithwaite.

And the newspaper said, that Barca coach Xavi has selected Arsenal striker Emeric Aubameyang, in order to include him in the ranks of the Blaugrana in the January transfers, in the event of failure to include the current deals.

The newspaper pointed out that Arsenal striker Emeric Aubameyang welcomes the idea of ​​joining the ranks of Barcelona, ​​​​but in the event of an official offer from the Blaugrana administration.

It is reported that Emeric Aubameyang has a contract with Arsenal that ends on June 30, 2023, and is still far from renewing with Arsenal, and there is tension in the player’s relationship with Mikel Arteta, the team’s coach, which may be the reason for his departure from the Emirates Stadium.