Sport: Barcelona decides to replace the German wall with the 25-year-old Cameroonian Dam, and the latter agrees, however.
أخبار عاجلة 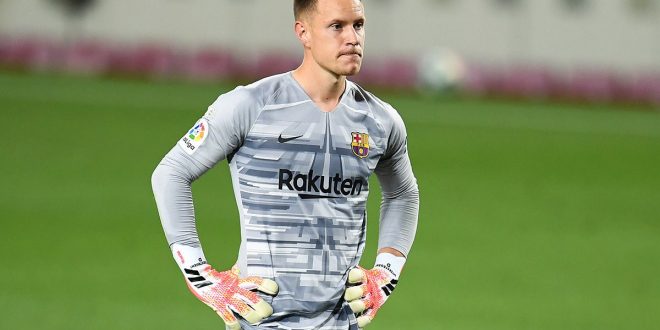 Sport: Barcelona decides to replace the German wall with the 25-year-old Cameroonian Dam, and the latter agrees, however.

Spanish press sources announced that there are strong plans by the Barcelona club’s management to strengthen the team’s ranks in the upcoming winter transfers.

Barcelona coach Xavi Hernandez had announced a revolution of change, replacement and renewal that would include all Blaugrana players, except for the untouchable trio: Javi, Pedri and Fati.

In light of this, some reports have emerged indicating the imminent departure of German goalkeeper Ter Stegen in the upcoming winter transfers, after his level declined recently with the Catalan team.

And according to what was published by the sports newspaper Sport, the Barcelona administration is aiming its eyes at Ajax Amsterdam goalkeeper Andre Onana to convince him to join the Catalan club in the upcoming winter transfers.

The newspaper indicated that there was a preliminary approval by the Cameroonian goalkeeper Andre Onana to join the Spanish club Barcelona, ​​on the condition that he be the first goalkeeper of the Catalan team.

The newspaper said that there is a strong desire by the Blaugrana administration to include the 25-year-old Cameroonian goalkeeper in the next January window.