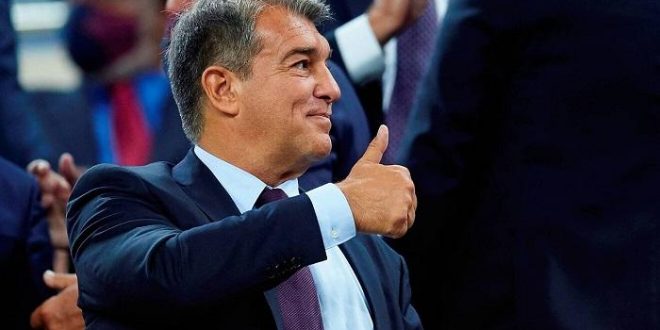 Spanish press sources revealed, today, Tuesday, that a secret meeting was held between Joan Laporta, president of Barcelona, ​​​​and Mino Raiola, the agent of many players, in a hotel in Turin before the Golden Boy party.

Barcelona midfielder Pedri Rodriguez was able to win the Golden Boy award, which is given to the best player in Europe under the age of 21, after he presented a wonderful season with his team Barcelona and the Spanish national team.

According to the Catalan newspaper (Sport), Laporta and sports director Matteo Alemani did not go to the hotel as soon as they arrived in Turin, but went to meet Raiola, to find out the position of Pogba and Halland.

It is reported that Pogba’s contract with Manchester United will expire at the end of the current season, and he will be free next summer, while Haaland has a penalty clause in his contract with Dortmund, worth 75 million euros, which he has the right to activate next summer.