Barcelona fans attack the captain and embarrass him on the air: he spends his life in gossip
أخبار عاجلة 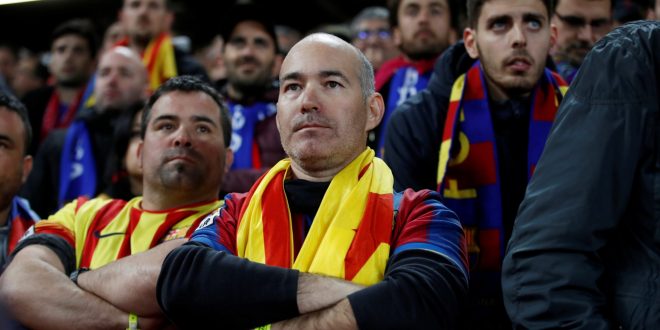 Barcelona fans attack the captain and embarrass him on the air: he spends his life in gossip

gool 14 ديسمبر، 2021 barcelona التعليقات على Barcelona fans attack the captain and embarrass him on the air: he spends his life in gossip مغلقة 166 زيارة

The Catalan fans showed their anger towards the players of Barcelona, ​​​​after their failure to achieve victory over their rival Osasuna in the match that brought them together last Sunday in the 17th round of the Spanish League.

Barcelona was unable to win over Osasuna and was satisfied with a positive draw with two goals for each team, after the resounding exit from the Champions League against Bayern Munich with three clean goals.

And the Spanish newspapers reported that after the meeting, while Barcelona captain Gerard Pique spoke to one of the channels, the player was surprised by one of the fans attacking him, saying: “Pique!!! You spend your life only by talking.”

This statement angered Barcelona captain Pique, who only looked at this fan without any comment on his words.

The Catalan team suffers this season from many absences in the ranks of its Blaugrana team due to the injuries that hit the team’s stars, led by Aguero, Fati and Memphis Depay, which has become one of the most weak points within the team.

It is noteworthy that today’s European League draw resulted in Barcelona in a difficult confrontation against the Italian team Napoli in the 2021/2022 European League play-off.