Mundo Deportivo: After drawing the attention of Xavi, the young German scoring machine welcomes the move to Barcelona
أخبار عاجلة 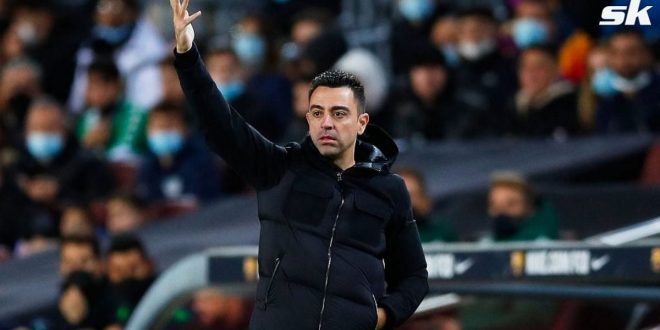 Mundo Deportivo: After drawing the attention of Xavi, the young German scoring machine welcomes the move to Barcelona

Press sources revealed that Barcelona is planning to include a German goal machine in the upcoming winter transfer season.

According to the Spanish newspaper, Mundo Deportivo, the young German striker Karim Adeyemi, player of Red Bull Salzburg, opened the door to the possibility of his move to Barcelona in the future.

Adeyemi, 19, has attracted the attention of Catalan coach Xavi Hernandez, because of the impressive levels he has shown with his German team since the beginning of this season.

The newspaper said that Adeyemi indicated the possibility of him moving to the ranks of Barca in the future, saying: “Barcelona is a wonderful club, their interest in me and my follow-up is a source of pride.”

“Of course, I can see myself playing there if I have the opportunity, Barca remains a great option, but I did not speak with Juan Laporta.”

The newspaper stated that Barcelona will face competition from Borussia Dortmund, which is also seeking to win the services of Ademi, who considers it the best alternative to compensate for the possible departure of Norwegian Erling Haaland.