The transfer whale announces it: Ziyech to Barcelona
أخبار عاجلة

The transfer whale announces it: Ziyech to Barcelona

Press reports revealed developments in the transfer of Hakim Ziyech, the player of Chelsea FC and the Moroccan national team, to Barcelona in the upcoming winter transfer market.

And journalist Fabrizio Romano from Sky Sports confirmed that Hakim Ziyech is a second option for Barcelona in the event that the Ferran Torres deal from Manchester City is not completed. 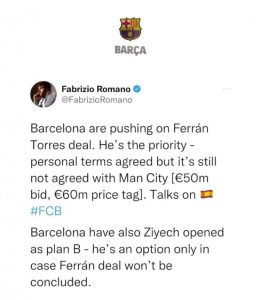 Barcelona seeks after the arrival of Xavi Hernandez to lead them to support the attack in the winter.

Fabrizio Romano describes the transfer whale, as all his expectations regarding the transfer of senior football stars were true, given his strong complex relations with officials in major European clubs. 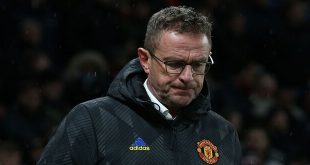