By video .. skills and goals of the talent Yuri Alberto, who is targeted by Barcelona at a very low cost
أخبار عاجلة 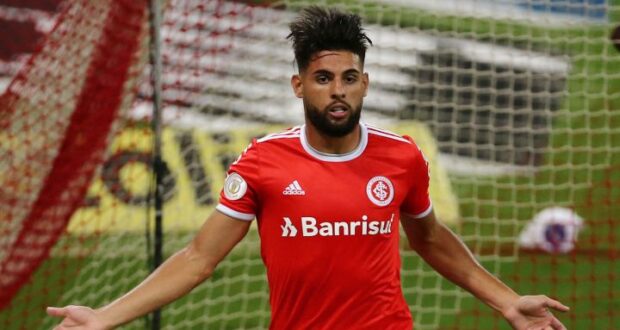 By video .. skills and goals of the talent Yuri Alberto, who is targeted by Barcelona at a very low cost

gool 21 ديسمبر، 2021 barcelona التعليقات على By video .. skills and goals of the talent Yuri Alberto, who is targeted by Barcelona at a very low cost مغلقة 92 زيارة

The Spanish club Barcelona continues to search for offensive reinforcements, before opening the winter transfer market.

The Catalan team suffered a severe blow with the injury of Argentine striker Sergio Aguero and his retirement from football due to an irregular heartbeat, in addition to the exit of Dutch striker Luke de Jong, Barcelona striker, loaned from Seville, from the accounts of Barca coach Xavi Hernandez.

According to the Spanish newspaper, Mundo Deportivo, Barcelona is closely following the young striker Yuri Alberto, who is shining with the Brazilian Internacional.

The newspaper pointed out that Barcelona is communicating with Internazionale to sign the 20-year-old during the upcoming winter transfers, as he scored 12 goals this season and caught the attention of many clubs.

The newspaper revealed that the Italian clubs AC Milan and Arsenal are also seeking to sign Alberto, but Barcelona is sticking to his inclusion, especially since his value is estimated at 15 million euros.