After the recent criticism ... the angry player expels himself from Barcelona in his own way
أخبار عاجلة 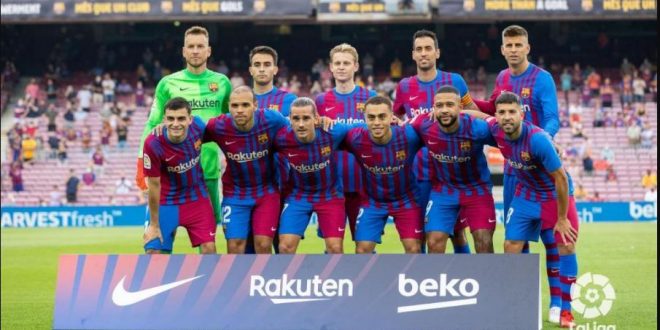 The Dutchman, Frenkie de Jong, the Barcelona midfielder, stirred a wave of outrage against him by the Catalan club’s management and fans after his crazy behavior.

In this context, Spanish press sources confirmed the existence of a strong intention by the Barcelona administration to dispense with the star of the team, ostracized by the masses, whether on loan or through sale in the next January window.

And the Spanish newspaper “AS” indicated that Barcelona fans booed Dutch player “De Jong”, due to his decline in his level during the last period.

The newspaper said that “Franke de Jong” deleted the word of the Barcelona player from his official page on the Instagram website, which sparked a state of outrage among the Catalan fans in the current period.

It is worth noting that Frenkie de Jong moved to Barcelona in 2019, coming from Dutch club Ajax Amsterdam in a deal estimated at the time at 100 million euros, with a 5-year contract, meaning that ends in 2024.