After a wave of controversy .. Barcelona succeeds in winning the first winter deals
أخبار عاجلة 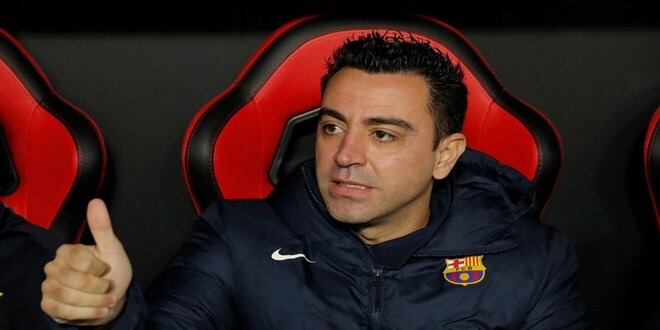 After a wave of controversy .. Barcelona succeeds in winning the first winter deals

Spanish media have agreed that Barcelona has already completed the transfer of Ferran Torres from Manchester City to its ranks, and only the official announcement of the arrival of the former Valencia star to Camp Nou remains within the next few days.

Barcelona has been negotiating with Ferran Torres for a long time, and the player wants to join the Blaugrana, while Manchester City does not mind selling, but the agreement between the two clubs did not come due to the money.

Mundo Deportivo newspaper indicated that the agreement between City and Barcelona had finally been made, and that the Catalan club would pay 50 million euros to sign with the Spanish international.

While other reports said that the actual value will be 55 million euros, in addition to another 10 million in additions.

But at the same time, Joan Laporta’s management had to sell or loan a number of players in order to achieve the “Financial Fair Play Law” and the Spanish League not to reject Ferran Torres’s restriction.

The special relationship that brings together the Barcelona and Manchester City administrations was a major reason for facilitating the negotiations and their success in this way, even if the deal at one time passed with different views on the money.

Ferran Torres joined Manchester City two years ago for 23 million euros, after his talent emerged so greatly with Valencia, that some predicted that he would become the most important talent of Spanish football in the future.

With Pep Guardiola’s battalion, he played 43 matches in various tournaments, during which he scored 16 goals and made 4.

Torres suffers from an injury he suffered during his time with the Spanish national team last October, which is the reason for his absence from the stadiums for most of this season so far, and it is said that it is a major reason for Guardiola’s acceptance of his sale in the winter.

It is worth noting that Ferran Torres was a direct request by coach Xavi Hernandez, who saw in Ibn Al-Fatafish the ability to perform in the center of the wing next to the outspoken striker, and his high experience in the Spanish League is not forgotten despite his young age.