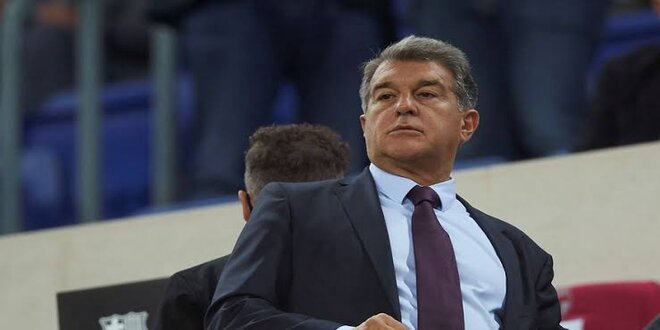 With 2022 approaching, the future of promising footballers of France, Kylian Mbappe and Erling Haaland, is one of the most anticipated things in the world of football.

While Mbappe’s move to Real Madrid has become likely, especially after the expiration of his contract with Paris Saint-Germain next summer, the heads of other major European clubs fear that he will move with him to the white castle Halland.

At the head of these presidents, Barcelona president Joan Laporta, who met a short time ago with Haaland’s agent, Mino Raiola, according to the Spanish newspaper (Marca) reported.

Laporta is seeking to strengthen the currently struggling Barcelona, ​​especially after the departure of its star Lionel Messi last summer to Paris Saint-Germain, where he is currently playing with Mbappe.

With the approaching winter Mercato, the administration is looking forward to concluding deals that would satisfy coach Xavi Hernandez, although not all of them will take place urgently.

As part of his quest to include Halland, Laporta met a few days ago with his agent Mino Raiola to discuss the possibility of the Borussia Dortmund player moving to the ranks of Barca.

Laporta has admitted in various meetings with his administration that he would like to prevent in any way Haaland’s transfer to Real Madrid, especially since he is already disturbed by the thought of seeing Mbappe leading the royal attack alongside Karim Benzema and Vinicius.