With the help of Barcelona, Manchester City breaks the expected deal for Real Madrid
أخبار عاجلة

With the help of Barcelona, Manchester City breaks the expected deal for Real Madrid

The Manchester City administration is working to strengthen the team’s offensive line, by signing an outspoken striker after the departure of Sergio Aguero, who joined Barcelona last summer in a free transfer deal before announcing his retirement due to health problems.

According to what was published by the Spanish newspaper “Marca”, Manchester City will work to sign a strong striker next summer, and the choice was made between Harry Kane of Tottenham Hotspur and Erling Haaland of Borussia Dortmund.

In this context, ESPN revealed that Manchester City is also considering contracting Erling Haaland, the Borussia Dortmund striker, who is one of Real Madrid’s primary goals next summer.

She explained that the Norwegian striker has a clause in his contract with the German team, stipulating the existence of a penalty clause ranging from 75 to 80 million euros, which will be activated starting next summer.

She said that Man City will try to use the money obtained from the Ferran Torres deal to finance the contract deal with Halland, increase his salary and pay an appropriate commission to his agent Mino Raiola in order to help settle the deal. 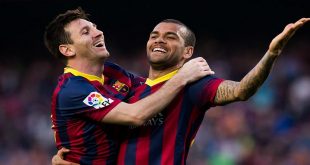 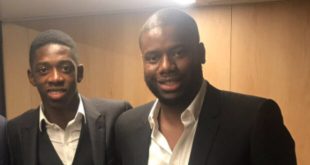