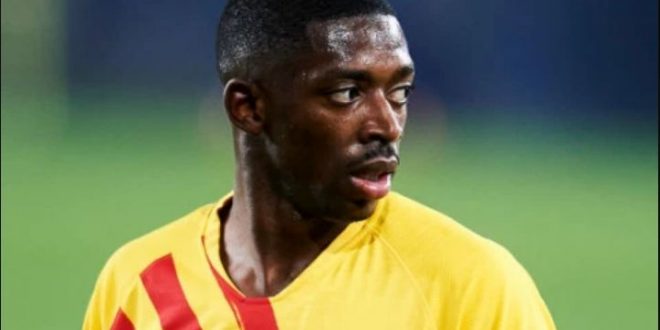 Barcelona’s management is in a real crisis because of the file to renew the contract of its French striker, Osman Dembele, whose contract expires next July, after almost 5 months.

The Blaugrana administration fears the player’s departure for free in the next summer Mercato, so Matteo Alemani, Barcelona director, asked Othmane Dembele to leave “immediately” before the end of the January transfer period, so that the club would receive a fee for his transfer.

Dembele moved to Barcelona from Borussia Dortmund in 2017, but he failed to leave a mark with the Spanish club, which paid 105 million euros (119.11 million dollars) for his services, scoring only 31 goals in 129 games.

At this time, a state of fear is spreading in Barcelona, ​​which has debts of more than 1.35 billion euros, about the possibility of the player leaving for free at the end of the season if he does not renew his contract, and coach Xavi Hernandez said that the club is seeking to find a solution.

Hours after violent statements against him by the Barcelona manager, Dembele responded through his official account on Instagram, saying that he would not respond to any kind of “blackmail” from the club.
However, he did not say if he would leave the club during the January transfer window.

“It’s been 4 years in a row that I’ve been hearing things about me and I’ve been calm, but for now it’s over,” Dembele wrote.

“I warn anyone not to give the impression that I am not part of the sports club project, or to attribute to me intentions that I never had in mind. We are negotiating, and I will leave it to my agent.”

The Barcelona manager said the club had already told Dembele “the need to leave immediately”.

And the Barcelona director spoke to the club’s TV channel, saying, “In fact, we started negotiations with his agent 5 months ago. During this period, there was constant contact and the club wanted the player to continue.”

The manager continued, “The club made many different offers. We worked hard and put in a lot of effort, we did enough for the player to make the right decision about his future.”

He continued, “We are now 11 days away from closing the transfer period and we understand that the player decided not to continue, and the club wants only those committed. He must leave as soon as possible for the benefit of both parties.”
Dembele was not in the squad to face Athletic Bilbao in the King’s Cup, and therefore the Professional Players Association in Spain said that Barcelona could not punish the French international for not renewing his contract.
The association stressed that “the failure to reach an agreement to renew the employment contract does not mean that there is a violation of the terms of the contract between the two parties, so it cannot have any consequences.”
The title is a sharp dispute between Dembele and the Barcelona director, and the Professional League supports Dembele