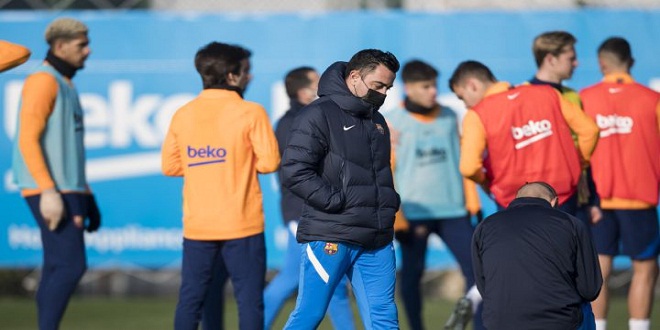 gool barcelona التعليقات على In agreement with the technical staff .. Alemany is working on three contracts that will arrive this winter مغلقة 409 زيارة

Mateu Alemany proves to be an executive with experience, connections and above all imagination.

The move he made with Umtiti to score Ferran Torres proves it, with few resources and many obstacles the Football Zone Manager uses all his knowledge to strengthen the first team while trying to reduce costs.

In agreement with the technical staff, the intention in this winter market, which has only ten days left, is to strengthen the team with the heart of a striker, a left back and a central defender as well. CEO in mind.

Barcelona, ​​unlike what it did with Ferran Torres, cannot afford major economic operations, so the prerequisite that Matteo Alemani set to strengthen the team is that the pieces that may arrive are players without a team (free agents) or coming on loan without a purchase commitment.

In addition, their salaries should be relatively low or shared with the club that owns the player in the event of a loan, and on the other hand will not accept any purchase clause after June 30, and all this because Alemani plans with the belief that Barcelona will play the Champions League season next, but he is aware of the sporting problems that the team faces and also appreciates due to the professional commitment the option to have the opposite happen and Barcelona to be excluded from the next edition of the highest European competition.

It’s not easy to put planning into two different scenarios, but Matteo realizes it’s the only way not to mortgage the club more than it already is.