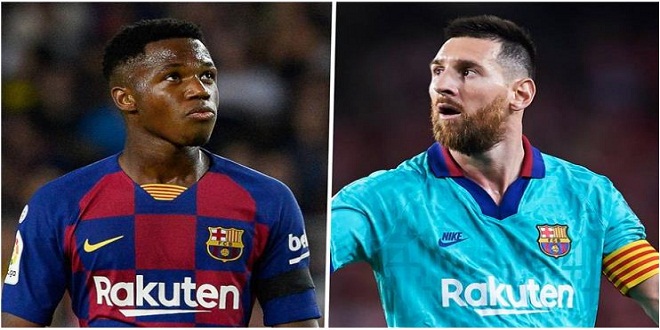 A number of Barcelona club stars have rejected the idea of ​​Lionel Messi, the French star of Paris Saint-Germain, returning to the team in the coming period.

Messi left Barcelona during the last summer transfers, after an exceptional relationship with the Catalan giant that lasted for 21 years, including 17 years with the first team, to move to Paris Saint-Germain on a free transfer, after failing to register according to the rules of the Spanish League.

Messi suffered a series of negative results with Paris Saint-Germain, in addition to his inability to adapt in the team, which raised speculation about the possibility of his return to Barcelona next season.

The relationship between Messi and Pique was severely strained, after the departure of the “Flea” from Barcelona last summer, although they were colleagues in the youth teams before moving to the first team, due to what was said that the Spanish defender considered the departure of the Argentine star the best decision in favor of Barca.

Pique also rejected the idea of ​​reducing the value of his salary before Messi’s departure, but agreed to reduce it later after the departure of “The Flea”, which the Argentine considered the reason for his departure from Barcelona.

Speculation increased about the strained relationship between the two players, when Messi ignored Pique’s invitation at the dinner he held in Barcelona recently to celebrate the birthday of Xavi Hernandez, coach of the Catalan team.

According to the Spanish newspaper, Stegen and Fati’s refusal to return Messi comes because their relationship with him was not good during the player’s time at the Camp Nou.

Fati rejects the idea of ​​giving up the number 10 that he inherited from Messi after his departure last summer to Paris Saint-Germain, which paves the way for him to be the first star of the team in the coming years.