Alemani puts the Barcelona Golden Triangle contracts in one portfolio 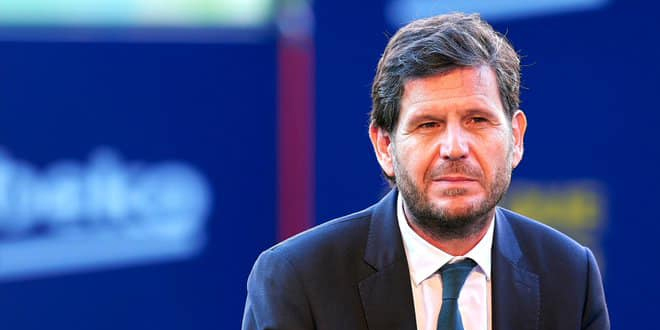 Alemani puts the Barcelona Golden Triangle contracts in one portfolio

No voice is louder in this period than the renewal of the contract of the terrifying trio in the ranks of the Catalan team, whose contracts are nearing completion and entering the free period and selling for free.

Barcelona officials raised a banner that read: “If the player adapts to our conditions, we will be happy to continue” … “This is the standard for everyone; Everyone knows what the club is like.”

According to the Catalan newspaper, Sport, Matteo Alemani, director of professional football at FC Barcelona, ​​talked about the future of the Barcelona Golden Triangle: Javi, Araujo and Dembele, which continues in the air today for various reasons, and his speech came in the run-up to the Seville match.

Al-Yamani had made statements to the Movistar + network, quoted by the Spanish newspaper, in which he said that Barcelona does not rule out the idea of ​​​​continuing the French pavilion, despite the fact that negotiations to renew it were disrupted in the winter market.

Al-Yamani confirmed, that the player and his client have known for nearly a year what our situation is. For us, he can stay, as long as he receives a sustainable and commensurate salary with his colleagues.

Al Yamani hinted that Gavi and Araujo’s renewals depend on the same thing: “This is the standard for everyone, everyone knows what the club’s situation is.
He added, “The new administration requires rationality in salaries.” And he insisted that if Dembele “adapts to those conditions, we would be happy to continue”.

Alemani declared that “what I told you about Osman applies to Araujo, we hope he will stay.”

In the end, the professional football manager clarified that “the agreement with Spotify is good news for the future, but it does not change the situation much in the financial fair play.”