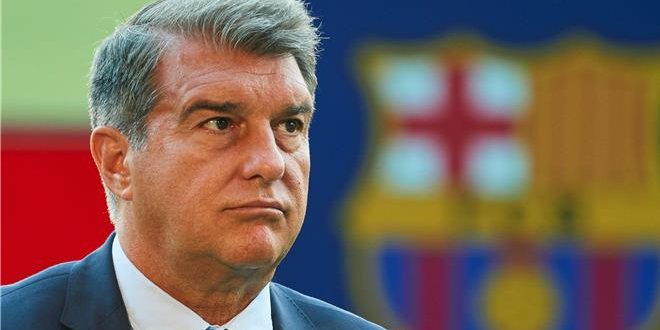 The Barcelona club administration is striving hard to strengthen some positions in the Catalan team by contracting special deals in the upcoming summer Mercato.

In this context, Spanish press reports revealed disturbing developments for the management of the Catalan giant, Barcelona, ​​regarding its upcoming summer deal, to support the team’s offensive line this season, to start a new Xavi project with Barca.

According to what was published by the reliable journalist Cesar Luis Merlo: “Everyone from Barcelona – Arsenal – Tottenham – Manchester City – Atletico Madrid, asked about the Uruguayan player Darwin Nunez, the star of Benfica, whose purchase value is 80 million euros, as requested by the Portuguese administration.”

And press reports confirmed that Catalan administration officials have a great desire to obtain the services of the Benfica star, this season.

Reports said that Nunez is arousing the passion of Europe’s biggest, and that he is raising a great struggle, Nate, several clubs in order to include him in the next Mercato.

Reports indicated that the major clubs in Europe are preparing to enter the race to sign Barca’s goal this season, led by Manchester City.

Reports stated that the Catalan administration, headed by Joan Laporta, is seeking to conclude a new offensive deal this summer, to strengthen the offensive front, after it was confirmed that the contract with the German star of Borussia Dortmund, Norwegian, Erling Halland, due to the value of the huge deal, which is close to 300 million euros.