Barcelona in Germany in order to strengthen the left wing 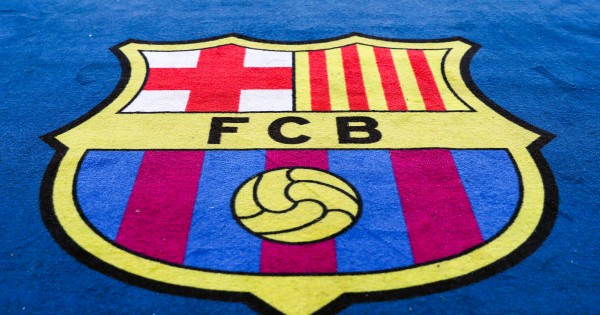 Barcelona in Germany in order to strengthen the left wing

La Liga heavyweights Barcelona have reportedly set their sights on Borna Sosa, who has a €25 million release clause in his VfB Stuttgart contract.

According to reputed German journalist Marc Behrenbeck, Marc Sosa is the subject of interest from Barcelona over a possible move in the summer transfer window. The two parties are currently in talks over a potential transfer, with the Croat’s VfB Stuttgart contract containing a €25 million release clause.

Borna Sosa spent his formative years in his homeland Croatia, rising through the ranks at Dinamo Zagreb before breaking into the first-team squad over half a decade ago. But since joining VfB Stuttgart in July 2018, the left-back has gone from strength to strength, establishing himself as one of the best full-backs in the Bundesliga this term.

The 24-year-old has a solid tally of two goals and eight assists in 25 appearances across all competitions. And Sosa’s exploits have not gone unnoticed, with some of the most high profile clubs in Europe, including Barcelona, setting their sights on him.

Barcelona will likely delve into the market for a left-back in the summer transfer window, as Jordi Alba has shown signs of age catching up with him. While the veteran left-back has been resurgent since Xavi Hernandez assumed charge of the Barcelona first team, he is approaching the final phase of his illustrious career.

With Alejandro Balde yet to settle down in the first-team squad at Camp Nou, the Blaugrana will have to invest in a left-back in the summer transfer window. To that end, Jose Gaya had emerged as the priority target for Barcelona. But the Spanish international looks set to stay put at Valencia instead of moving to Catalonia, handing Barcelona a major blow in his pursuit.

Sosa has now popped up on Barcelona’s radar, emerging as a viable alternative to Gaya heading into the summer transfer window. The 24-year-old’s €25 million release clause should also fall within Barcelona’s budget, enabling the Blaugrana to launch the offensive for him efficiently.

The Catalan giants have already scouted Sosa while opening talks with his representatives. So it looks like things are moving quickly in Barcelona’s pursuit of the Croatian international. But with Arsenal and Tottenham also keen on signing the player, it will be interesting to see if Barcelona can beat other suitors in the €25 million race to sign him.