To replace Mendy and Alba .. Real Madrid and Barcelona in a fire race to kidnap the "golden back" 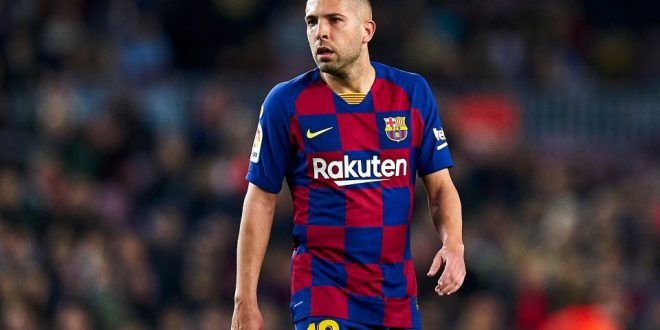 To replace Mendy and Alba .. Real Madrid and Barcelona in a fire race to kidnap the “golden back”

gool barcelona التعليقات على To replace Mendy and Alba .. Real Madrid and Barcelona in a fire race to kidnap the “golden back” مغلقة 1,236 زيارة

It seems that the conflict between the two poles of Spanish football, Real Madrid and Barcelona, ​​will flare up again, in order to win the services of a special deal from the Spanish League.

According to the Spanish newspaper “Fichajes”, there is a fire race between the two Spanish giants, Real Madrid and Barcelona, ​​to resolve the golden alternative deal, which the two teams desperately need to solve the shortage of backs by including Fran Garcia, Rayo Vallecano’s back.

Spanish press reports revealed a surprise from the fire about a war between the two traditional rivals Real Madrid and Barcelona over the deal of the appropriate alternative for both full-backs Jordi Alba, the Barca player, and Mendy, the Real star.

Ferran Garcia is a Real Madrid junior, and the young Spaniard left the team in 2020 and joined Rayo on loan, and in 2021 he joined permanently for two million euros.

The newspaper said that Real Madrid, who is seriously considering recovering the player, owns 50% of Garcia’s rights, and he can be bought for a very small amount from Rayo Vallecano.

The newspaper pointed out that the 23-year-old has attracted great attention recently with his level and great talent in the left-back position, which sparked the desire of many major clubs in Spain to obtain his services, most notably Real, Barcelona and Atletico Madrid.

The current season witnessed many challenges for both coaches due to their suffering from a lack of back positions in both teams, especially in the case of Jordi Alba and Ferland Mendy, who are constantly hit by injuries amid the absence of an effective substitute.

The Madrid giant is at the top of the Spanish League table this season 2021-2022, with 72 points, 12 points behind its arch-rival and runner-up FC Barcelona with 60 points.