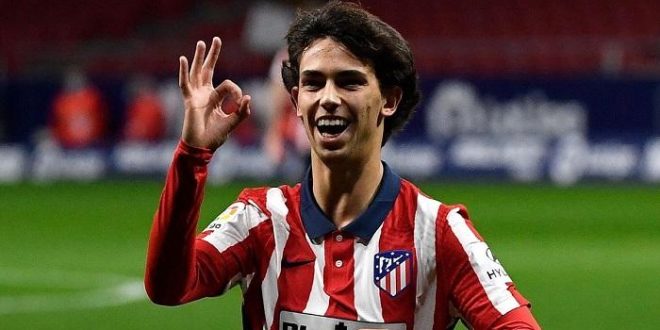 Barcelona are ‘dreaming’ of signing Atletico Madrid star Joao Felix, according to reports. The Portugal international only moved to the reigning La Liga champions nearly three years ago but could leave if they fail to qualify for the Champions League. And Jorge Mendes, his representative, has three ‘jokers’ that can help make a deal possible.

But it’s possible Mendes will potentially offer the trio to Atletico in order to convince them into letting Felix go.

The Portugal international only moved to Atletico in 2019, with Benfica receiving a massive £113million in return.

Yet while Felix has improved considerably this season, he’s not always lived up to expectations at the Wanda Metropolitano Stadium. 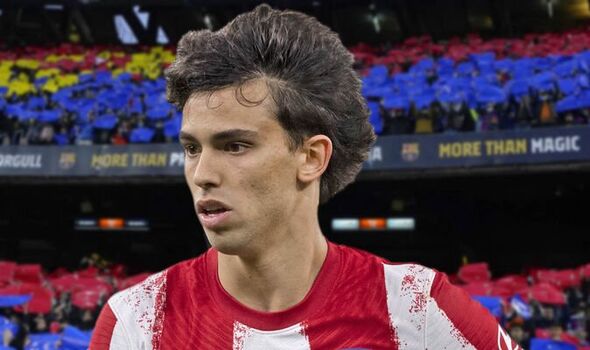 Atletico, for their part, are determined to keep hold of the player.

However, if they fail to qualify for next season’s Champions League, then Barcelona are ready to pounce.

Felix, at the age of 22, could then play a key role in Barcelona’s attack for many years to come if he moves to the Nou Camp.

And history suggests a deal may end up happening, despite Barcelona and Atletico being fierce rivals in La Liga.

Luis Garcia previously started off at Barcelona prior to moving to Atletico on loan, before then returning to Catalonia.

Thiago Motta left Barca back in 2007 for Atletico, though failed to live up to expectations in the Spanish capital.

Barcelona allowed David Villa to move to their fierce rivals in 2013 after being deemed surplus to requirements.

And, in 2019, Atletico let Antoine Griezmann cross the divide – though the France international has since rejoined Diego Simeone’s side on loan.

Meanwhile, Felix is currently on a run of seven goals from his last 10 games.

And Joao Tralhao, who coached the Portugal international at Benfica, always knew he was destined to be a superstar.

“Yes, playing for Benfica was demanding too but now he is in one of the big five leagues in the world.

“You can imagine what that’s like for any 19-year-old boy. I think in his first season he actually did very well, and the second season the same, considering his age.

“Of course, injuries have stopped him playing more regularly, but now you can see Joao.

“He’s doing what everyone expected. In the last 30 or 40 years there are few examples of players who have achieved what he has done so far.

“Now, he’s at the point where he can be one of the best players in the Atletico squad.”

He then added: “He always demands himself to be better every day.

“When I was his coach it was easy, because it made us completely co-ordinated. I would give him detailed plans with big targets, and he would always achieve them.

“I always see him as a false nine or an actual nine, but really the position doesn’t matter. The most important thing is that the coach understands him, as Simeone does.

“He can play anywhere, because he always finds the spaces to do what the coach wants.

“He understands that positioning like few in the world, he’s very clever. He just needs to be where he can demonstrate his quality.”