Laporta wants to return the "stealing" of Vigo to Florentino, but Xavi refuses to accept the signature 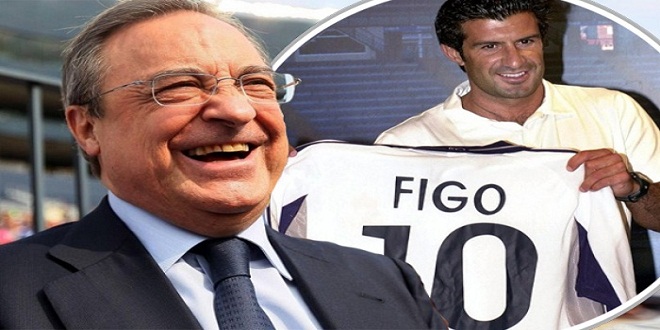 Laporta wants to return the “stealing” of Vigo to Florentino, but Xavi refuses to accept the signature

gool Uncategorized التعليقات على Laporta wants to return the “stealing” of Vigo to Florentino, but Xavi refuses to accept the signature مغلقة 689 زيارة

Barcelona wants to improve the team for next season. Xavi Hernández needs adjustments to give the team more competitive edge and more chops when planning matches. The attacking area wants to be reinforced with a footballer profile that provides imbalance and goals. The Haaland option is the most popular, but the process is very complicated and the economic cost is very high.

Joan Laporta, Matteo Alemani and the entire technical secretariat of Blaugrana have been working for weeks on a possible alternative forward. The club has confidence in Pierre-Emerick Aubameyang, while special offers from Memphis Depay are heard. Whatever the case, Xavi asks for the guarantees to be strengthened so that he becomes the team’s offensive reference.

Robert Lewandowski is one of the names that has ringed the loudest in recent weeks. The Polish striker, at the moment, is not renewing with Bayern Munich and the Barcelona president loves him very much. However, the Blaugrana will have to pay a transfer fee, because “Lewa” has a contract until 2023. This fact pushes the Catalans back, who will already have to pay fairly high salaries to the player, and the economic situation is not good.

Gareth Bale loves the climate of the Iberian Peninsula. The Welshman is pleased with the good temperatures and sunshine in Spain and would welcome him to stay here once his contract with Real Madrid expires. It seems unlikely, but Bale wants to play with a big club in order to secure a place in the Qatar World Cup, should Wales qualify.

Due to Bale’s love of Spain and its climate, he has been linked with Cardiff with Barcelona. Joan Laporta would like to incorporate it, recalling antiquity, when Florentino Perez stole Figo. However, Xavi Hernandez has made it clear that he in no way wants to sign the Welshman for Barcelona. The coach from Egar has very clear ideas.

On the other hand, he has more than one offer from the English Premier League. The clubs with the most interest are Newcastle, Tottenham and Sheikh Bin Salman. However, Bill wants to think seriously about his future. Cardiff and Swansea, the English second tier, also inquired about the footballer, however, although he would like to play in his hometown, he prioritizes staying at the highest level for one more season. Today’s withdrawal seems unlikely. He would only have thought about it if Wales were out of the World Cup.