If he doesn't leave, they'll kick him out because Xavi now knows he was wrong 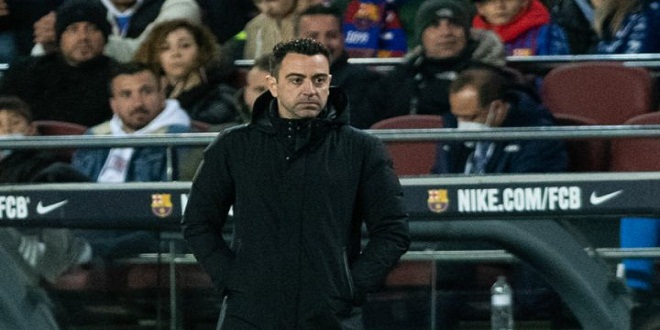 If he doesn’t leave, they’ll kick him out because Xavi now knows he was wrong

gool barcelona التعليقات على If he doesn’t leave, they’ll kick him out because Xavi now knows he was wrong مغلقة 4,116 زيارة

One of Barcelona’s biggest problems in preparing its team is the presence of some players who have a very long contract, but their performance does not match it. One of them is Clement Lenglet, who although cut short in his early seasons, it has been a long time since he jumped onto the pitch in the Blaugrana shirt, it has been nothing short of constant suffering for everyone.

The fact is that it is nothing new, and already over the past season it was noted that the level of the former Sevilla player has fallen a lot, and for many, he should have left last summer. However, he ended up staying, and the problem moved to January, with Xavi Hernandez already on the bench, when the winter market opened.

But there were no moves in the defense class, and Lenglet remained, as well as Umtiti or Minguisa. Xavi thinks he may need to withdraw if there are injuries or penalties, and the truth is that he was, but the mistake was trusting the Frenchman.

He was wanted yesterday, in the match against Cadiz at the Camp Nou, and he failed again. He appeared in the goal photo on two occasions. First, because the side position finished in his area, and then, because of the rebound after Ter Stegen’s save, the one who turned him into a goal was Lucas Perez, who was supposed to be keeping an eye on Longleigh.

His situation at Barcelona becomes more complex with each passing day, and from the club they know that he does not meet the minimum requirements to play for Barcelona. Although it is impossible to recover the investment made, as it cost nearly 40 million euros, his presence in the squad does more harm than good, and Matteo Alemani is moving in the market to sign a player who could have his part.

And in recent days, the name that appeared on the scene was Lisandro Martinez. The Argentine central defender of Ajax has an interesting appearance because he is left-handed and his preferred position is central, but he also adapts perfectly to the position of left-back and defensive midfielder. Whatever the case, if Lisandro or others are signed, the problem with Lenglet remains the same, and the best thing for both parties is to come out as friendly as possible.