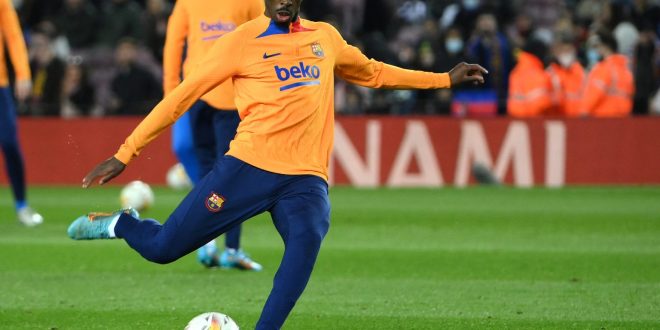 The French player, Osman Dembele, has sparked a great controversy on various social media sites, about his fate with the Barcelona team.

And Spanish press reports revealed many speculations about the future of the French player, who sparked controversy many times with Barca, which reached its climax in the last winter transfer period.

Although he was close to leaving in the winter Mercato, he preferred to stay until the end of the season, and the end of his contract, which expires next June.

Dembele has the right to leave the Blaugrana ranks as a free agent, in the next summer transfer market, amid the interest of many clubs in the player and his capabilities.

And the Spanish newspaper, “Sport”, said that the player raised controversy about the possibility of continuing in the project of coach Xavi Hernandez, after he changed some of his information on his official account on the social networking site “Instagram”.

The newspaper pointed out that the player updated his data on his account, as he removed the number 7, which he was famous for.

Dembele wears the number 7 shirt in Barcelona, ​​​​and despite his brilliance in the recent period with Xavi, in this way he hinted at his departure from the team in the summer.

Despite the meetings that took place between Moussa Sissoko, the player’s agent, Dembele, and Matteo Alemani, the sporting director of Barca, recently in Morocco, the two have not reached any agreement so far.

And reports indicated that Dembele had agreed to reduce his salary, which he had always stuck to, in order to stay in Barcelona.

It is noteworthy that the French club Paris Saint-Germain is looking to sign the player in the event that Kylian Mbappe leaves for Real Madrid.