Luke de Jong: Busquets was annoying and not much has changed between Koeman and Xavi 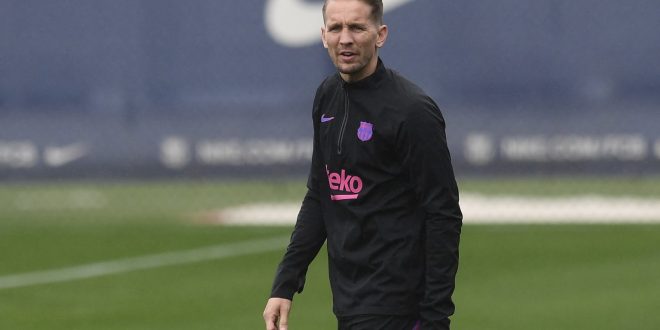 Luke de Jong: Busquets was annoying and not much has changed between Koeman and Xavi

gool barcelona التعليقات على Luke de Jong: Busquets was annoying and not much has changed between Koeman and Xavi مغلقة 443 زيارة

In a recent interaction with NOS Luuk de Jong has recently opened up on his season with Barcelona so far, offering insight on his performances and experience with new coach Xavi Hernandez.

The Dutchman heaped praise on the quality of the Barcelona teammates, for a start, stating: “When I came here I knew I came to one of the biggest clubs in the world. Despite that, I was surprised by the quality of the players and how easy some things were for them.”

“When you look at Barça from afar, you think, ‘What a great team that wins every game’. The truth is not like that, there is a need for teamwork to be a cohesive team. With this quality and hard work, we can form a strong group,” he added.

When asked if his new teammates had known him following his shock move to Camp Nou, Luuk stated: “Haha, I think so. I played against them in the two years when I was with Sevilla and scored goals. I think they know my quality and how to benefit from my services.”

Luuk went on to admit he is still learning new things from his teammates, lavishing praise on Sergio Busquets, in particular.

“Despite my age (31 years), I am still learning new things, also from existing players. For example, in the game of positioning, we have to make decisions quickly, in order to reach the highest possible level.

“When I played against Busquets, I said what an annoying player he is. When I became a teammate I said what a wonderful person, a good leader he is,” he added.

The Dutchman was then asked to comment on his experience with the two managers so far, including previous coach Ronald Koeman.

“Under Koeman, I had to prove myself every day in training. In my opinion, when you don’t do well in training, you don’t deserve to play matches. Not much has changed for me after Koeman left.

Koeman knew who I am and how to play. As for Xavi, I had to prove to him from the first moment what my quality is and what I have to offer the team. Also, I wanted to prove to the coach what I can do at this great club and how I can help the team.“

Finally, Luuk de Jong was asked about January rumours linking him to a move to Cadiz. In response, the striker added:

“Personally, I always knew that I wanted to finish the first season with Barça. I moved to Barcelona, so I don’t want to go back to another place after a few months.”