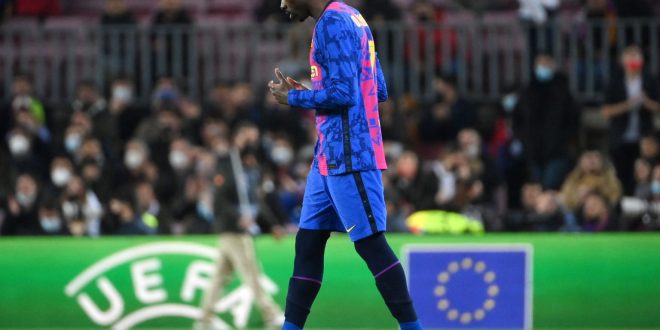 The contract situation of Ousmane Dembele has been a major headache for Barcelona for a long while now. Back in January, talks had ceased and it looked like the French forward would leave on a Bosman deal at the end of the season.

However, things have changed heavily in recent months as Dembele has emerged as one of the most in-form players for the Catalans. The 24-year-old has been playing some of his finest football in Barça colours since joining in 2017, with Xavi managing to get the best out of him.

Following his turnaround of form, talks over a renewal have restarted yet again, although an agreement is still far from being arrived at. But there are hopes that the 2018 FIFA World Cup winner might extend his stay at Camp Nou beyond the current season.

And, those hopes have been flamed further by some interesting social media activity from Dembele’s niece. Replying to a fan’s comment which read: “Tell Dembele to extend”, the France international’s niece said: “He will extend.”

While it cannot be taken as a guarantee that Dembele will stay put in Catalonia beyond the ongoing campaign, it does offer some hope that there may still be a chance that the two parties might reach an agreement over a new contract.

Meetings are expected to take place in the coming days to continue discussions. However, PSG are also planning to restart negotiations with Dembele’s camp, with there already believed to be a verbal agreement between the two parties.

So, it remains to be seen how the situation unfolds in the coming days with Barcelona ideally hoping to get the matter sorted before their trip to Australia at the end of the season for a friendly against the A-League All Stars.