Despite the supportive statements, Xavi's actions push the Catalan star outside the club's walls 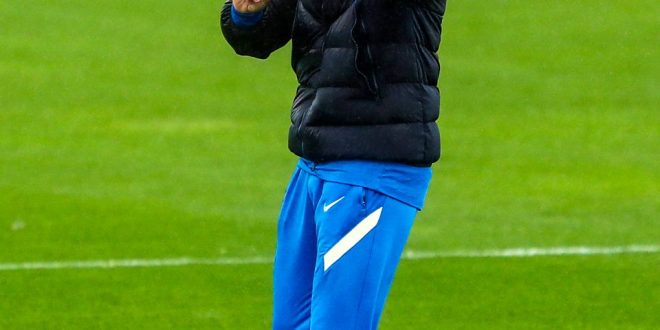 Despite the supportive statements, Xavi’s actions push the Catalan star outside the club’s walls

Spanish press sources revealed the latest developments regarding the future of Dutch player Frenkie de Jong with Barcelona during the coming period.

This talk comes at a time when the Dutchman’s future with Barcelona is at stake, and his continuation in the Catalan club is no longer guaranteed.

Despite the fact that Barcelona coach Xavi Hernandez and the player himself confirmed in their recent statements that the relationship between the two parties continues.

But the situation is currently not clear, and it seems that De Jong has changed his mind, despite his recent statement that he feels comfortable and wants to continue and improve at Barcelona.

All the statements that came out of the Blaugrana castle, whether from Xavi or Jordi Cruyff, the club’s technical advisor, confirm the value and importance of De Jong within the ranks of Barca.
According to the Spanish newspaper, Marca, De Jong does not feel comfortable at the moment in Barcelona, ​​and does not rule out leaving in the summer.

And the newspaper reported, that the Dutch international is not happy with what is happening this season in Barcelona, ​​and Xavi’s tactical decisions for De Jong do not please the player.

And she explained, that in the 27 matches that De Jong played with Xavi, he completed only seven matches, which is very few for a player who should be basic and play practically all possible minutes.

And the newspaper confirmed that de Jong’s change in the 60th minute has become a regular occurrence in Barcelona matches, as this has happened 14 times.

And the newspaper said, that De Jong showed his anger during his change during the last Rayo Vallecano match in the Spanish League, as he went to the dressing room immediately after his change, and signs of discontent were visible on his face.

And the Spanish newspaper indicated that De Jong owns a number of clubs that monitor his situation, but Manchester United is the closest.

This talk comes after the arrival of Dutchman Eric Ten Hag to lead the “Red Devils”, the coach with whom De Jong played the best period of his career while he was with Ajax.

Manchester United is not the only one, as Bayern Munich is also considering the player, and an offer cannot be ruled out.

She stated, that Barcelona, ​​for its part, does not close the door to a sale deal because it knows that De Jong is one of the highest paid players in the club.

Barcelona can also get a very good deal for De Jong.

Barcelona is considering selling De Jong for 75 million euros, the same amount he contracted from Ajax three years ago.

And if that happens, this will give Barcelona the opportunity to have more options to sign a great striker next summer.