Xavi angry: I will not reply to koeman, where did he send the message to Real Madrid 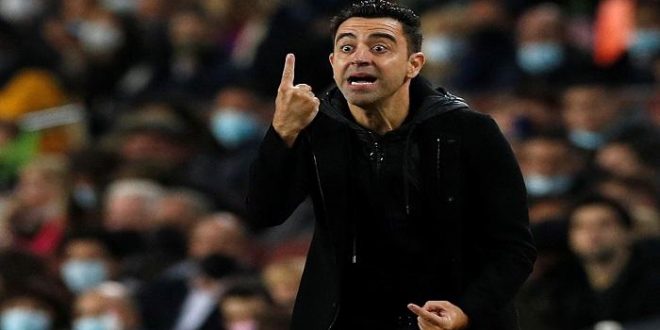 Xavi angry: I will not reply to koeman, where did he send the message to Real Madrid

gool barcelona التعليقات على Xavi angry: I will not reply to koeman, where did he send the message to Real Madrid مغلقة 479 زيارة

Barcelona coach Xavi Hernandez launched a press statement, in which he said: “We have to maintain the goals that the rest of the season requires. We had bad days and we were angry and lost two golden opportunities, but we are always working to re-evaluate ourselves and our situation.”

Then he turned to Ronald Koeman’s recent controversial statements, in which the Dutch coach had said that Barcelona’s numbers with him were better than after him. He replied, “I will not change Koeman’s convictions, and I will not give my opinion on his recent statements. I was here when he left and I am not assessing the situation, but everyone should encourage Barcelona, ​​we are here to support Barcelona in general, it appeared as if we had found solutions, but 3 sudden defeats changed things.”

He added, “Koman’s statement? My feelings for Ronald Koeman have not changed. I have great respect and admiration for him because he came at a difficult time and we have to thank him because he is a fan and legend for this club, and now what we have to do is encourage Barcelona and be united.”

It is noteworthy that Barcelona occupies third place in the table of the Spanish League with 63 points, one point behind Seville, which comes in the second place in the local championship.