Dembele will not go alone to Paris, in France they are already talking about Al-Khelaifi paying 65 million to snatch the second deal from Barcelona 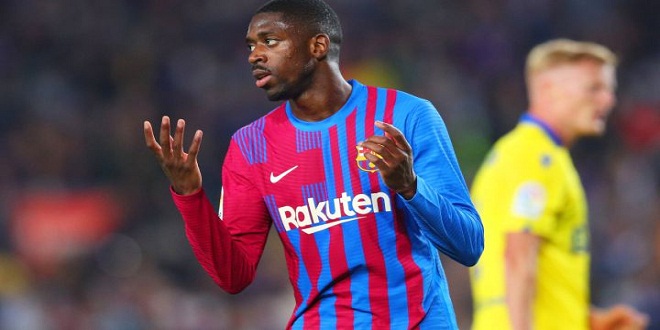 Dembele will not go alone to Paris, in France they are already talking about Al-Khelaifi paying 65 million to snatch the second deal from Barcelona

gool barcelona التعليقات على Dembele will not go alone to Paris, in France they are already talking about Al-Khelaifi paying 65 million to snatch the second deal from Barcelona مغلقة 428 زيارة

At the moment, it is difficult to be optimistic about Ousmane Dembele and his continuity at Barcelona. For the many meetings that took place between the player and his agent Moussa Sissoko, Joan Laporta and Matteo Alemani, the situation is exactly the same. They are getting closer, but agreement is still a long way off, and it seems increasingly unlikely that the case will ever be resolved. And you have to remember that there are only two months left before you can be released.

In addition, the proposal from Paris Saint-Germain is far superior from an economic point of view. At the moment, the only hope Xavi Hernandez has is for Kylian Mbappe to end up rejecting Real Madrid, staying in the team led by Mauricio Pochettino. However, he may now have a new concern, as Nasser Al-Khelaifi is said to have set a new target at the Camp Nou for this summer.

In France, the current status of Frenkie de Jong did not go unnoticed, and they did not hesitate to place the current French Ligue 1 champion among their fans. The international with the Dutch national team is not at all satisfied with the current project, and knows that in another team he can win many titles, as well as get a higher salary. And he doesn’t hide that he doesn’t feel appreciated enough.

Especially for Laporta, whom he considers a consumer, and who in fact will listen to all the offers that come for him. He thinks that with Nico Gonzalez and Pablo Baez “Jaffe” he has two absolutely foolproof alternatives, and if that wasn’t enough, he’s also closed down Frank Kessie, of Milan. And the thing does not end there, because in the past few hours there has been talk that Valencia and Barcelona are about to finalize the transfer of Carlos Soler.

In other words, the president is pushing the Willem II player and the former Ajax Amsterdam player to pack his bags. And if this happens, they will communicate with him from the Parc des Princes.

That is if they are not ready in Barcelona to part with De Jong, for whom they paid 86 million euros, and will not accept receiving much less. Apparently, the first offer that Al-Khelaifi had in mind to make would be around 65 kilograms. An amount he hopes will be enough to convince Laporta.

The 24-year-old midfielder, for his part, is seriously considering a move to Paris Saint-Germain. Although he is more fond of the possibility of going to a more demanding and competitive league, such as the English Premier League.