It seems that the Barcelona legend was among those who could not believe their eyes when Real Madrid returned against Manchester City in the Champions League.

Argentinian Lionel Messi, star of French club Paris Saint-Germain, was among those who were amazed when Real Madrid managed in a dramatic way to overcome Manchester City’s obstacle in the Champions League semi-finals.

Real Madrid, after being on the verge of bidding farewell to the Champions League against Manchester City in the semi-final return match, with a goal without a response, managed to score two goals in the 90th and 90th minutes, to impose two additional periods on coach Pep Guardiola’s team, during which Karim Benzema scored a goal that qualified the club. royalist.

Messi, with his historical relationship with Barcelona in mind, was communicating with his former Argentina teammate Sergio Aguero while watching the match.
Aguero, who spent a brief spell at Camp Nou this season before being forced into retirement due to heart problems, was among those requested by ESPN for help with commentary on the Real Madrid-Manchester City match.

Aguero, the historical top scorer for Manchester City, did not believe his eyes when Rodrygo scored the two goals of Real Madrid in the killer time, before Benzema scored the winning goal for the royal club.?

Messi, a seven-time Ballon d’Or winner, was among those struggling to make sense of what was happening as Manchester City suffered their most dramatic continental meltdown.

Aguero revealed that Messi had sent him a message to say: “Stop joking, it can’t be true.”

With the Argentine icons featured prominently in the ESPN coverage, Carlos Tevez also expressed his shock to see Real Madrid return in a resounding surprise.

Real Madrid already did the same in the last 16 match with Paris Saint-Germain and the quarter-final match with Chelsea, prompting former Manchester City striker Tevez to say: “It’s crazy, you can’t win another match like this.”

It is reported that, Real Madrid faced Liverpool twice in the Champions League final, where the “Reds” managed to win in the 1981 edition, before Real Madrid took revenge in the 2018 edition. 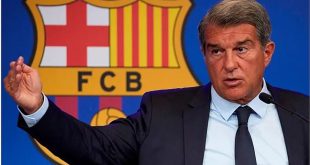 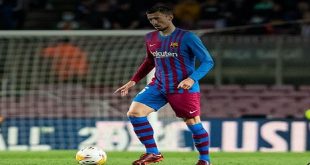