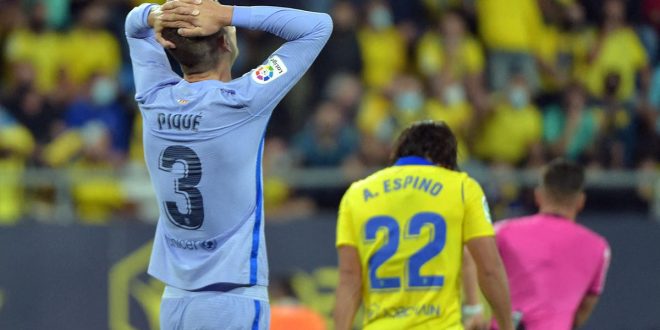 Barcelona’s problems continue, the latest of which is the suspension of team coach Ronald Koeman after he was expelled at the end of the team’s last match.

In the last minutes of the match between Barcelona and Cadiz, which ended in a goalless draw on Thursday evening, Dutch coach Koeman objected to the referee’s decision and then expelled him from the match.

According to the newspaper “Sport”, Koeman can be punished by depriving him of attending the next two matches of Barcelona in the Spanish League.

According to La Liga’s disciplinary code, sending off a coach after opposing a match referee results in a ban for two to three matches.

Koeman had previously stated: “Finishing the league in an advanced position is considered a success this season, and in the Champions League, do not expect miracles.”

Koeman’s “defeatist” statements sparked a wave of anger in Barcelona, ​​the latest of which was the statements of veteran defender Gerard Pique.

In response to Koeman’s comments, Pique said: “We will compete for all titles. I do not wear the Barcelona crest to finish the second or third season, I want to compete for the title.”