After the return of Xavi and Elvis .. a new legend from Barcelona legends wishes to return soon
أخبار عاجلة 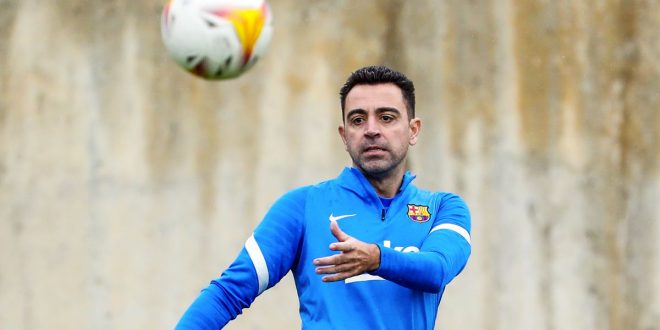 After the return of Xavi and Elvis .. a new legend from Barcelona legends wishes to return soon

After the return of Xavi, a new legend from Barcelona, ​​announces his desire to return to the ranks of the Blaugrana in the future.

Iniesta told the Spanish newspaper “Sport” in which he said: “I do not know what will happen in the future, I would like to return to Barcelona at some point in my life, I do not know in what position.”

“I want to help Barcelona in another way, but no one knows the near future.”

The international player added, “I am still shocked to see Messi in Paris Saint-Germain, I felt very sad because he did not stay in Barcelona, ​​but it is the year of life.”

And the World Cup winner added, “It’s hard to say my opinion when I’m away, but I’m sure the club did everything in its power to keep Messi. I don’t think the club wanted that to happen, they just know what happened.”

On his opinion of Xavi taking over Barcelona coach, he replied, “Xavi is the ideal candidate to train Barcelona because he has a strong personality. He knows how to lead the team. He was a captain of Barcelona and the national team and he lived all kinds of situations. He knows how to deal with everything.”

He continued, “I don’t see anything negative in this, quite the contrary, when you are next to someone who feels this closeness and commitment, you give your best version.”

And about the team’s level, Iniesta said: “I feel sad to see Barcelona like this, if things do not go well, it is not good, I watch my former teammates suffer, and new people who cannot find results, and the fans are obviously painful.” .

He concluded his speech, pinning his hopes on the Barcelona youth, saying, “I am betting on all young people and we must be patient with them and not put on them the responsibility that harms them. This is the key to their present and future. They must accompany the team. You have to grow with time and opportunities naturally.”