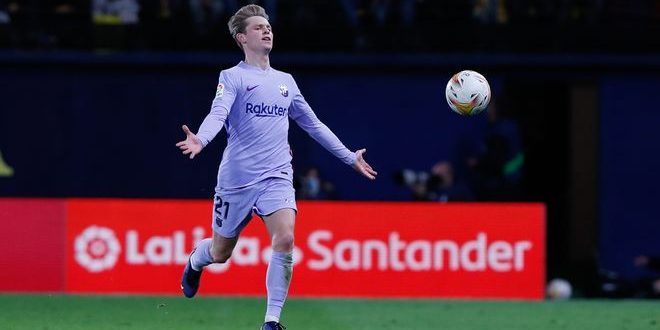 After circulating during the past few days news that the Barcelona administration had decided to sell Dutchman Frenkie de Jong, the average Blaugrana decided to accept the challenge to prove himself again.

According to Luis Mascaro, a journalist with the Catalan Sport, Barcelona has always bet on De Jong. buy it.

According to Sport, the player is convinced that he must take a step forward as the club expects him, especially after talking about the possibility of his departure at the end of the current season.

On Saturday, Frenkie finally managed to remove the thorn he’s had for months… by finally scoring, long after his last goal in the King’s Cup final last season.

There have been many rumors in the past weeks that Barcelona is planning to get rid of Frenkie de Jong next summer to provide huge funds to enable him to get out of his current economic crisis, especially since the Dutch international has not performed the expected performance in the last three years at Camp Nou and so far.

And the Spanish newspapers had said earlier that the 24-year-old began to anger the administration and the fans because of his levels, so some went to think about the possibility of selling him for 75 million euros to an English club and then contracting with several other players and resolving the current economic crisis in a big way.