The outcast player in Barcelona almost trampled the fans after attacking him in an inappropriate way on the road, and sending painful messages
أخبار عاجلة 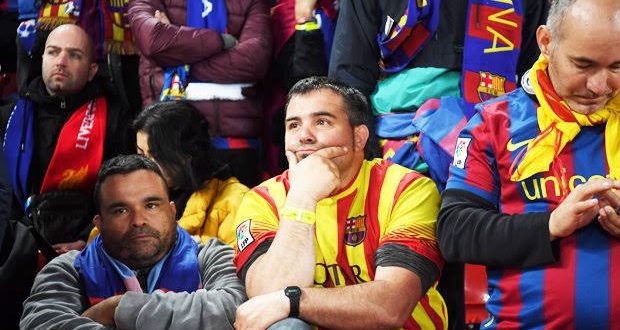 The outcast player in Barcelona almost trampled the fans after attacking him in an inappropriate way on the road, and sending painful messages

gool 2 ديسمبر، 2021 barcelona التعليقات على The outcast player in Barcelona almost trampled the fans after attacking him in an inappropriate way on the road, and sending painful messages مغلقة 115 زيارة

Barcelona defender Samuel Umtiti was angry because of the embarrassing situation he was exposed to by some of the Catalan club’s fans.
The French defender Umtiti moved to Barcelona from Lyon before the 2016-2017 season, and played fifty matches in the Blaugrana shirt in the Spanish League during his first two seasons in the competition.

Barcelona tried to get rid of the French defender last summer, because of his high salary, but he stuck to the idea of ​​staying and agreed to reduce his salary.
And the French central defender Umtiti announced earlier that he is firmly determined to achieve success with his club, which he loves, Barcelona.

Today, however, some Spanish fans stopped in front of Barcelona defender Samuel Umtiti’s car, and forced him to stop and not walk, but he continued walking and almost ran over them.

Those fans, according to what was circulated, tried to stop Umtiti and utter chants against the Barcelona defender.

But Umtiti tried to get past them after he had nearly run over, and he got out of the car and said, “Do you know what respect means?” And he went on.

Although, Samuel Umtiti, said earlier that he was pained by the boos and ridicule directed at him by the fans of the team.

Soon, things developed dramatically during the Joan Gamper Cup match against Juventus in the pre-season, as Umtiti was booed by the fans during the warm-up process, as well as every time he touched the ball after participating from the bench in the second half.

After that, Umtiti did not play in any official match for the team this season, and he felt isolated because of the public’s dealings with him.

In an interview with the Spanish newspaper Mundo Deportivo, Umtiti made statements in which he tried to sympathize with the Catalan club’s fans, saying: “Yes, the whistles are very painful.”

“I never imagined that this could happen to me at this club because I love it.”

Umtiti added: “I do everything to be well, I went through difficult times because of injuries, but in the end I do my job and that is the most important thing for me.”

And he continued: “I will tell those who whistle that I am fine, that the most important thing is the club and help the players, you have to help everyone, the whistles are useless, I will give everything I have for the club, as I have been trying since my first day here.” 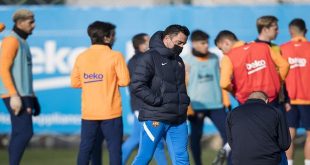