AS : Barcelona pushed the desperate card for a last attempt to include the veteran star
أخبار عاجلة 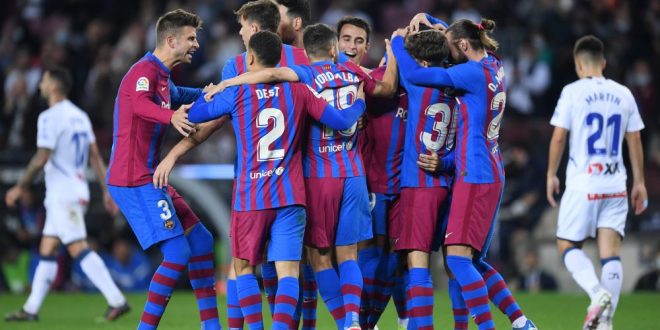 AS : Barcelona pushed the desperate card for a last attempt to include the veteran star

gool 3 ديسمبر، 2021 barcelona التعليقات على AS : Barcelona pushed the desperate card for a last attempt to include the veteran star مغلقة 160 زيارة

Press reports revealed, Thursday evening, that the Spanish club, Barcelona, ​​explored the position of the Manchester United star, in preparation for his inclusion next January, with the opening of the winter transfer gate.

And the American network (ESPN) reported that Barcelona had contacted the Uruguayan star, Edinson Cavani, the Manchester United striker, to find out his position on moving to the Camp Nou during the upcoming winter transfer season.

Barcelona intends to integrate the Uruguayan at no cost, so he wants to include Coutinho in the process, and he will also get rid of the Brazilian’s salary.

The Uruguayan has already asked Manchester United to release him to go to the Camp Nou, and the main obstacle to his signing is the exact financial situation of FC Barcelona. The operation can only be carried out if the transfer value reaches zero, and for this, Barcelona is trying to include Coutinho in the process as a bargaining chip, According to ‘The Sun’.

As reported this Thursday, Barcelona have already contacted a brother and Cavani’s representative to find out his availability in order to get to the Camp Nou. Barcelona managed to get rid of Coutinho.

Cavani has the desire to play for Barcelona before ending his career in Europe and returning to Uruguay. This could be a perfect opportunity for the Manchester United striker to fulfill his dream of wearing the Barcelona shirt.