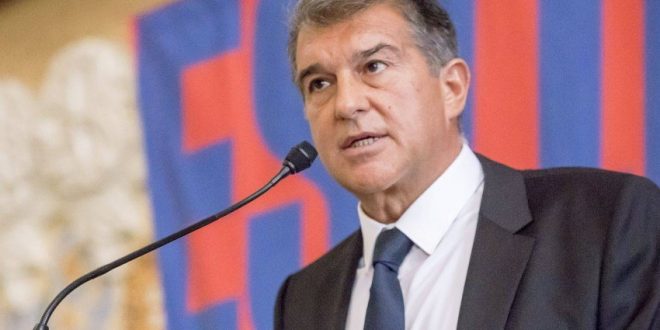 Former Barcelona player .. Wait for me in Barcelona next season

Brazilian player Emerson confirmed his readiness to participate with Barcelona, ​​starting next year, according to the agreement between the Catalan club and Real Betis.

Barcelona had agreed with Betis about the inclusion of Emerson, in 2019, that he would spend two seasons with his team, before moving to the Camp Nou after that.
Emerson said in statements published by the Brazilian newspaper “Globe Sport”: “Certainly you all know that I have a contract with Barcelona as of the first of next June.”
He added, “I have a three-year contract with Barcelona, ​​and as the press has reported, I think Barcelona is in contact with Betis, and Barcelona has made it clear that they want to rely on me next season.”

He continued: “I am happy with that. It is a club that I want to play for since I started playing football. This is a necessary recognition for me. Every player wants to get a contract with Barcelona.”
He concluded: “I have a contract and want to commit to Barcelona. Barcelona has shown an interest in relying on me for this season. It is great that the athlete gets recognition from a club like Barcelona. This is the result of my work, and as I said I will be in Barcelona next season.”