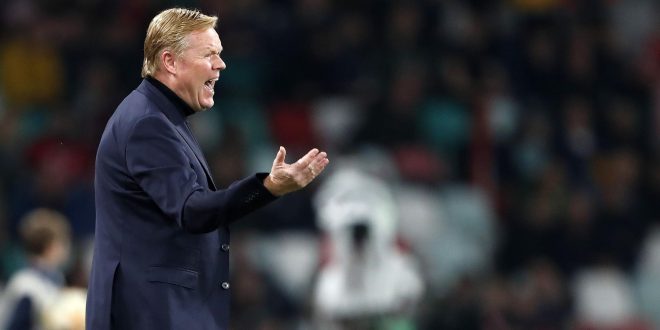 Young Barcelona player Ansu Fati was supposed to return to the stadiums in March, after the end of the 4-month recovery period since his inju ry on November 7.
Barcelona’s jewel, Enso Fati, lives a very diffi cult period with the Catalan club, due to the injury he suff ers and made him miss most of this season.
He participated in only 10 matches this season with Barca in all tournaments, in which he scored 5 goals and scored 4 goals.
According to information received from Italian journalist Fabrizio Romano, Fati enjoys the confidence of the club outside and on the field, despite the serious inju ry he suf fers.
The source added that Barcelona is very keen to start talks with Fati in order to renew his contract with the team.
The source noted that Fati will be with the team next season, so the relationship between the player and the club must continue.Fati’s in jury will force Spain’s first and Olympic teams not to rely on him in the European Nations Cup next summer and the London Olympics in July and August.