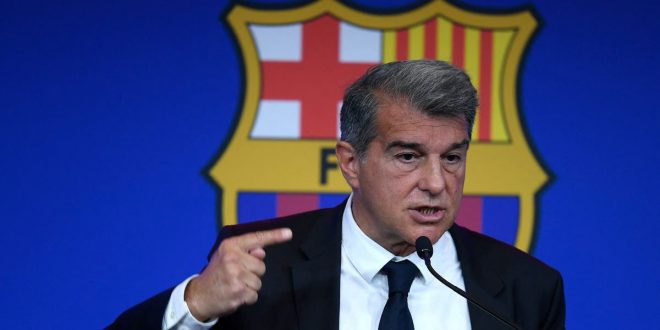 Barcelona excludes the Brazilian jewel from its accounts

Barcelona has the opportunity to sign a promising 20-year-old Brazilian striker, Yuri Alberto, in the current summer transfers, to restore the Catalan team’s attack in the coming period.

The Spanish network Cadena Ser reported that the Brazilian striker, Inter Nacional, offered his services to Barca, and despite being a player in the Brazil under-21 team, his price in the players market is high and it may cost the Barca treasury nearly 13 million euros to obtain his card.
Ser explained that the offer did not ignite the enthusiasm of the Catalan team, and he may not move to contract him in light of the current economic conditions that the club is going through.

Although the player is considered one of the jewels of the current Brazilian football, the Catalan club was only occupied by the sale amount requested by Inter Nacional, knowing that the Transfer Market network set his price at only six million euros.
And according to the Spanish newspaper AS, Barcelona has become estranged from the deal for fear of repeating the experience of Mateus, with the inclusion of Brazilian players, about whom the club’s scouts did not submit any reports.