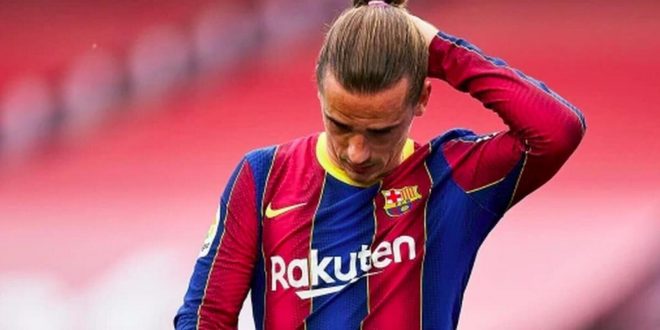 It could be a summer surprise. A mutual deal between Atlético de Madrid and Barcelona. The process that both clubs considered would benefit both and, if implemented, would be good news for the transfer market. Although still in the preliminary phase, there has already been talk of the possibility of exchanging both Griezmann and Saúl with their teams for next season.

Saúl, who is only 26 years old, still seriously appreciates the choice of a change of scenery. He has been thinking about it for a long time and the mere fact of not having an offer to satisfy Atlético has made leaving him impossible until now. In the last hours, Liverpool once again showed their interest in the player, but the offer of 40 million euros from England is not enough. With a contract until 2026 and a termination clause of 150 million euros, those responsible for the Metropolitano made it clear to the player that if he wanted to leave, they would help him, but as long as the offer was high.

At Barcelona they are clear about it and they know that exchanges will be the only way to sign important players. They want to strengthen the midfield after the failure of the Wijnaldum agreement, which changed the Catalan club at the last minute to Paris Saint-Germain. And they need to cut their salaries at all costs, since Griezmann is one of the protagonists who left after Dembélé’s injury reduced his chances of getting offers in the market.

Ronald Koeman is willing to give up Griezmann if it is a condition for Messi to continue in the team. Diego Simeone will be delighted to bring back the number “7”. He gave him his best performance at Atlético, which made him considered one of the best footballers on the planet, he became world champion with the France team and had a leading role in his team.

Griezmann’s high salary is considered a stumbling block for the start-up of the operation, but at Atlético they believe that the Barça player will be willing to lower his salary to return to the capital. His environment does not deny that his old club would be a serious study destination if Barcelona told him that it was better for him to leave it (which he has not told him yet) and Cholo asks him to return. Last summer, Simeone asked about this possibility, which now has more evidence of his potential to come true. Manchester City are also very interested in Antoine’s situation.

As we say, the process will not be easy but both clubs have been studying it for a long time and so have the coaches. All parties understand that if the numbers could be squared, everyone would win. Atlético will once again have a world star to shine on the pitch. Simeone, for having one of the most beloved footballers at his feet once again. Griezmann, 30, and his family, for his return to Madrid in case Barcelona wanted to sell him.

As for Barcelona, ​​he will drastically reduce his salary, something that he will have to do in order to renew Messi’s contract, and Koeman will have a player who perfectly fits the profile he wants. Regarding Saúl, he believes that it is time for a change of scene and that Barcelona is one of the few clubs that he could join, with the exception of the Premier League or some Italian clubs.

It remains to be seen how the Atlético de Madrid fans will react to the prospect of the return of the beloved whose departure was widely criticized by the Metropolitana fans, who received him with hostile chants when he visited them with Barcelona.

It is clear that Griezmann must have the support of those who were his followers, something that will begin to happen from the moment he agrees to take a salary cut to be rojiblanco again. This exchange is a real possibility. We’ll see how far he goes.