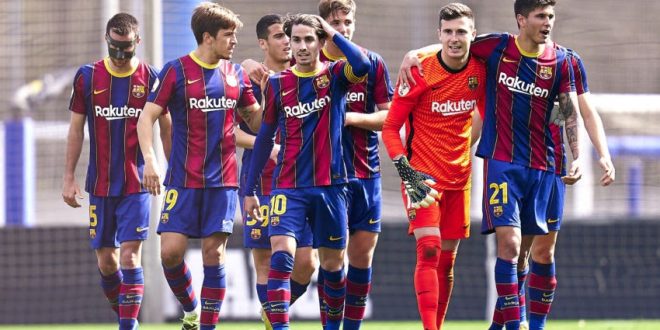 Real Madrid reached an agreement with the young Barcelona captain to move to his ranks, and he will play on the orders of Raul in the Real Madrid reserve, the jewel of Barcelona, ​​farewell to the Blaugrana after five seasons in La Masia.

Jaume Gardi, the youth category A striker from Barcelona so far, has reached an agreement with Real Madrid for the upcoming seasons.

The player signed for Barcelona in 2016-2017 and was in the lower categories of FC Barcelona for five seasons, his progress was increasing and last year he became the captain of the team trained by Frans Artega first and Serge Milla later.

In the 2019-20 season he played a key role in being the team’s top scorer, and in the 2020-21 season, he was preparing to jump into Barcelona B, his numbers reflecting his scoring nose (9 goals and 3 assists). Attracted Real Madrid’s interest.

Jaume Jardi did not reach an agreement to renew his contract with Barcelona, ​​and on the day he was scheduled to join the preparatory season for Barcelona B, Sport newspaper confirmed that he had reached an agreement with the Real Madrid reserve. Led by Raul Gonzalez.

He is not the first young captain to leave FC Barcelona because defender Jose Marsa has recently signed for Sporting Lisbon, meanwhile, Barcelona young striker Diego Lopez has signed for Valencia.