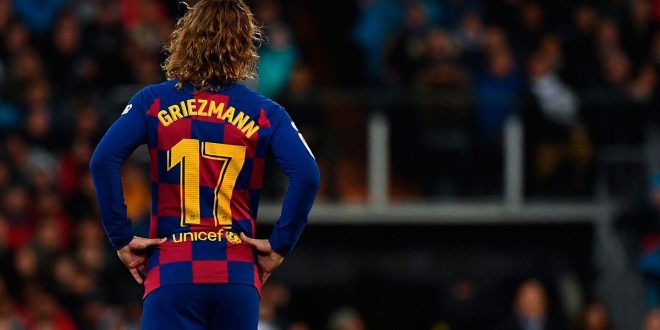 There is no aاternative to Griezmann.. Atletico Madrid 0ffers tw0 names t0 Barcelona in exchange f0r the French prince

The bargaining process between Barcelona and Atletico Madrid is coming into effect, and the Madridista club is working hard to restore the French Prince Antoine Griezmann to the team, along with Suarez and Joao Felix, according to Radio Catalonia, Hermoso and Lodi could also enter the process.

Barcelona and Atletico Madrid are working to find a solution to all the pieces of the puzzle to make the Griezmann-Saul swap successful, and the fact that the difference in the evaluation of the players forces intense negotiations, without ruling out the inclusion of more players in the process, and as explained by Radio Catalunya, the names of Mario Hermoso (26 years old) have been put in place. ) and Renan Lodi (23 years old) at the table

The two players suit Barcelona’s needs, Hermoso is a central defender who can play on the left side, with Alba continuing Coman needs another player with experience, which young Balde is not responding to at the moment.

Lodi is the left-back that Barcelona was already thinking about before he went to Atletico, and in this case, Barcelona will face Simeone’s rejection because he does not have another full-back who can cover his departure, they even indicated in Madrid that in these negotiations does not rule out the emergence of the name Jordi Alba .

Atletico are working on Griezmann’s return for next season, he knows he will be excited to return with his former teammates and his former coach and that Barcelona is open to the process that is being carried out because the club sees economic benefits.