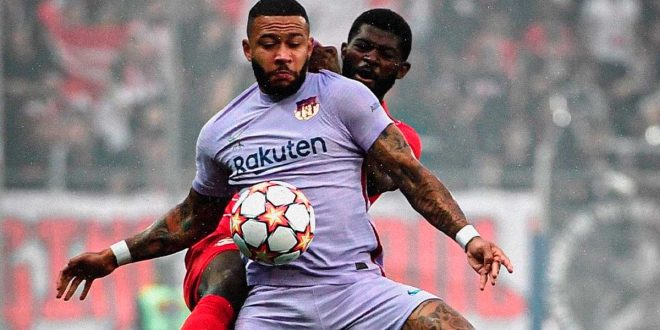 Barcelona lost for the first time before the start of the season and were dominated by Red Bull Salzburg who won 2-1 but could have scored six or seven goals against a really terrible Barcelona defense. Ronald Koeman’s team has been overwhelmed by a physical and intense Salzburg, and with the start of La Liga one week on Sunday, the Blaugrana have serious problems and there is not much time to solve.

If you’re neutral, the first half was pretty amazing. Both teams attacked and looked wide open at the back, and there were great opportunities for both sides. But from the point of view of Barcelona, ​​apart from the good offensive moments in which Memphis Depay participated, the Blaugrana were a disaster.

Ronald Koeman returned to a 3-5-2 formation with Frenkie de Jong on defense, it just didn’t work out and Barcelona accepted counter attack after counter. Had it not been for Noah Okafor’s ridiculously poor result, Salzburg should have scored at least three goals in the first half, but settled for one thanks to a shot from Sucic that kept De Jong out of the first goal.

Barcelona’s best chance came on a great spinning move from Memphis, but it missed. In the first half it was fun, but Barcelona looked bad and needed to improve in the second half.

If Barcelona’s defense was bad in the first half but showed good things in attack, then the second half was bad in everything. The defense was somewhat worse, and the midfield continued to lose the ball in dangerous positions to give Salzburg one chance after another. Ronald Araujo needed to make big blocks, and Ocaford was missing to keep the score 1-0.

Barcelona finally improved somewhat with a series of midterm substitutions, with Alejandro Balde and Yusuf Demir bringing energy and skill to the bench. The Blaugrana began to look dangerous, and leveled when a shot from Sergino Dest bounced off the Salzburg defender and hit Martin Braithwaite before entering.

Salzburg were keen to win and throw it all forward in the final minutes, they were rewarded when Adamo hit the post but Aaronson was the only one to score on the rebound. It was the last shot of the match, and the final whistle came to give Salzburg a well-deserved victory.

Barcelona were poor throughout the game and deserved to lose, playing Juventus in the pre-season friendly match on Sunday. The League begins in 10 days and Barcelona does not seem prepared for anything.