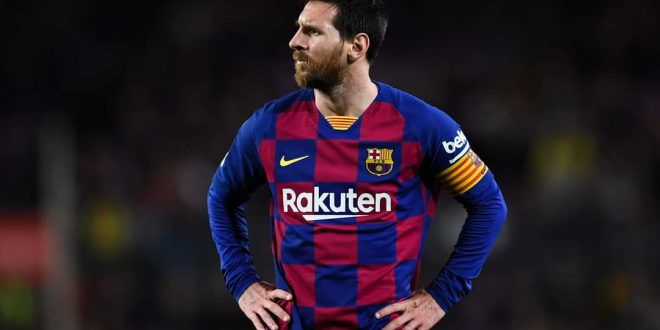 For those who didn’t understand how things went this way!

Messi agreed with the club on a new contract with half the salary of the old contract!
The club took this contract to register it in the Spanish Federation, the federation refused to register the contract because Messi’s salary in the new contract when it is added to the salaries of Barcelona players, the total becomes above the permissible salary ceiling!

Laporta asked Tebas to overtake it even once, Tebas refused to overtake at all!
Laporta went to the players and started a campaign to cut salaries, and Pique was the only player who responded and cut his salary in half, Griezmann, Coutinho, Umtiti, Alba, Roberto and Wooo… all of them refused or at least did not agree until now!

Laporta announced that the club could not register Messi’s contract, because the only solution was to either play Messi for free, or to cut salaries!

Messi will not play for free, he did what he could with a 50% reduction, and the players also did not reduce their salaries, the road was blocked, and the departure was!