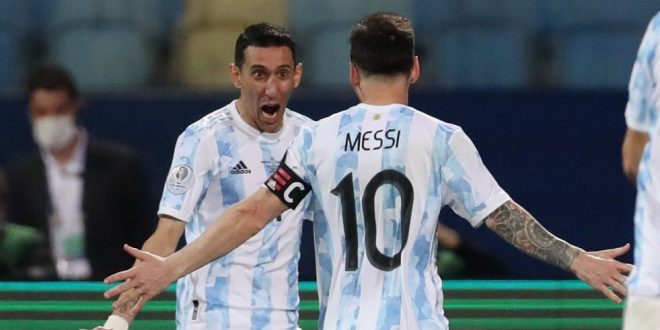 Angel Di Maria, the French star of Paris Saint-Germain, confirmed that the Argentine striker Sergio Aguero is unhappy in the corridors of his new club Barcelona, ​​and the Portuguese Cristiano Ronaldo, like him in Juventus, according to what was reported by “TC Sports”. .

After Aguero joined Barcelona, ​​hoping to play alongside his close friend Lionel Messi, it came after months of shocking news that the latter would not complete the Catalan club.

In an interview with the Argentine website TC Sports, Argentine Di Maria joked that “Aguero wants to commît suicide there (in Barcelona).”

He added, “In addition to Messi’s departure, Aguero was injured and will be out for several weeks, and this is sad.”

Similarly, Di Maria described Cristiano Ronaldo’s position at Juventus: “Ronaldo also wants to commît suicide because he is not with us (at PSG).”

And the Argentine, Cristiano’s former colleague at Real Madrid, added: “The quantity and quality of players here at Paris Saint-Germain is very rare, and this rarely happens in the world of football and the big stars always want to play with the best.”

Di Maria confirmed that “Ronaldo certainly wants to play here, but the club signed Messi, and fortunately for the latter, much better.”