France defender m0cks Messi: He became old and a passerby on the field.
أخبار عاجلة 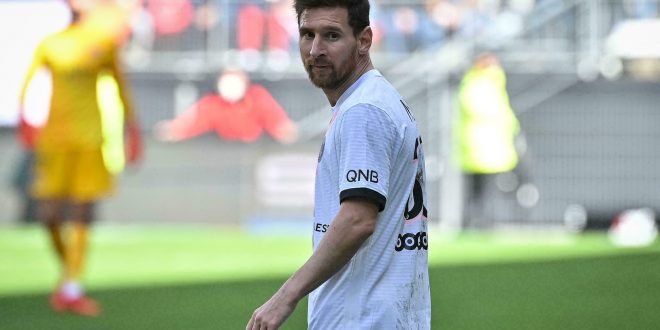 France defender m0cks Messi: He became old and a passerby on the field.

The former France defender, Adel Rami, mocked the Argentine star, Lionel Messi, the Paris Saint-Germain striker, who left Barcelona in the summer transfer market, after his contract expired and was not renewed, by the Catalan team’s management.

And Adel Rami insisted in his interview with the Spanish Football League website, Thursday, that the Argentine star, Lionel Messi, is no longer the same as he was in Barcelona, ​​​​and any defender is able to stop him in the French League.

Troyes defender Adel Rami said: “It is true that I played against Messi in the Spanish league, and I never won him (laughs), but when I played with Valencia and Seville, we imposed a draw on Barcelona, ​​and I got 5 shirts from Leo.”

He continued, “Lionel Messi was very strong with Barcelona at the time, because he could play behind any defender. On the pitch you see him behind you in an offside position, but suddenly he appears directly in front of you, and leads the team to victory, by scoring goals.”

Did Messi regret joining Saint-Germain? The Argentine reveals the truth
And he added, “But Lionel Messi is now a bystander on the field, and any defender can stop him, by waiting for him, because he is no longer able to show the technical skills that he was doing in Barcelona, ​​​​because of the age factor and the need for physical effort.”

The former France defender concluded his event, “I am very impressed with the star Kylian Mbappe, and I am very happy, because he made his decision to stay with Paris Saint-Germain, and he will learn a lot from Lionel, frankly, if Mbappe understands his role well, his team will harm any opponent in front of him.”