Messi is surƿrįsed and defends himself against Laporta's false statements, and Sport does juʂtice to the player with a bاataƞt report on the progress of negotiations by the administration.
أخبار عاجلة 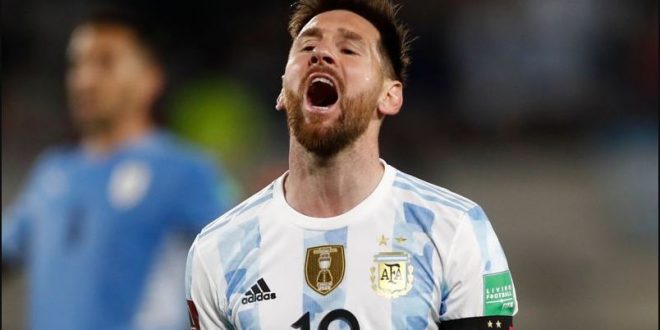 Messi is surƿrįsed and defends himself against Laporta’s false statements, and Sport does juʂtice to the player with a bاataƞt report on the progress of negotiations by the administration.

gool 11 أكتوبر، 2021 Uncategorized التعليقات على Messi is surƿrįsed and defends himself against Laporta’s false statements, and Sport does juʂtice to the player with a bاataƞt report on the progress of negotiations by the administration. مغلقة 153 زيارة

“Sport” reported that there was tension in the last part of the renewal negotiations with Messi on the part of the Catalan club’s management, after it became clear that even by reducing Messi’s salary, there are difficulties in reaching the requirements of financial fair play.

Therefore, Barcelona took the decision to end negotiations with Messi, and withdrew his offer to renew at the last meeting with his father, without suggesting that the Argentine star would continue without receiving a salary.

What are the details of the last part of Messi’s side?
According to “Sport”, Messi was not present in the last part of the talks, while his father negotiated with Barca officials in the last meeting, and was also willing to sacrifice another part of his son’s salary, to help the club.

She also added that Messi told his colleagues that he did not set any conditions regarding his salary during the renewal negotiations, because of his knowledge of the club’s situation.

Paris Saint-Germain star, Lionel Messi, was angry with Barcelona President Joan Laporta, against the background of his recent statements, according to media reports.

Laporta said recently: “Messi knew that if he left Barcelona, ​​he would join Paris… I was hoping that things would change at the last minute, and that Leo would say that he would play for free with Barca.”

These statements angered Messi, according to the Spanish “El Chiringuito” program, and added that the captain of the Tango national team confirmed that Barcelona officials had never asked him to play for free with the team.

It is noteworthy that Messi left Barcelona last summer, due to the club’s inability to renew his contract, without violating the Law on Financial Fair Play applied by the League of La Liga, and went to the French club Paris Saint-Germain.