Sport .. Barcelona puts Ziyech and his two companions under the microscope to sign them in January
أخبار عاجلة 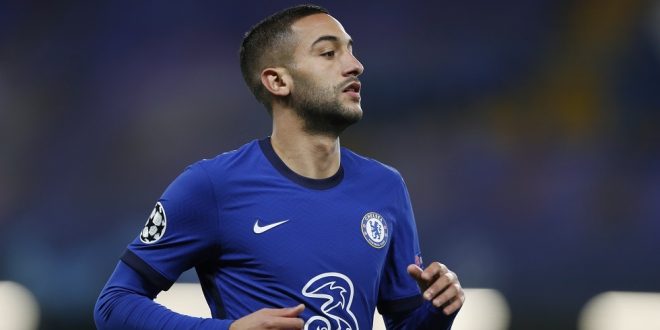 Sport .. Barcelona puts Ziyech and his two companions under the microscope to sign them in January

Press reports revealed that Barcelona aims to strengthen its ranks with some offensive deals next January, so that the club will go to search for the Chelsea talent mine.

According to the Catalan newspaper “Sport”, Barcelona is watching both American Christian Pulisic, Moroccan Hakim Ziyech, and young Englishman Hudson Odoi to borrow one of them.

The newspaper pointed out that the Chelsea trio have high capabilities, although they do not participate continuously with the team this season, to ask to leave the London club in the coming months.

It is noteworthy that Barcelona announced its official contract with Brazilian star Dani Alves in a free transfer deal after his departure from Sao Paulo, to be the 38-year-old, the first deal for coach Xavi Hernandez.