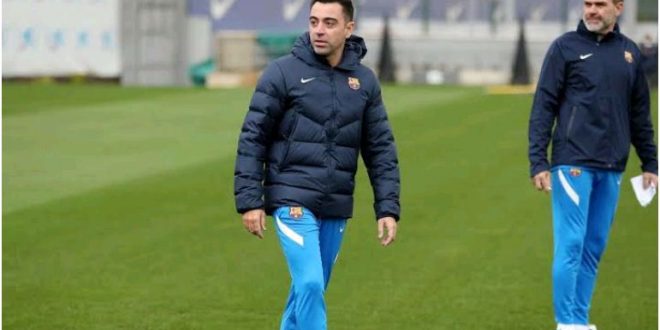 Xavi wants to bring back the shunned talent of Barca, “La Masia graduate”

It seems that Barcelona coach Xavi Hernandez by coming to the Catalan club has a determination to restore the real Barca position and put the team on the right track.

The new coach of the Blaugrana team is trying to sign special deals that help the team regain the wheel of victories and crown the championships.

And according to what was published by the Spanish network “Cadena Ser”, Xavi wants to sign Dutch midfielder Xavi Simmons, Paris Saint-Germain midfielder,

The network indicated that Xavi Simmons, the 18-year-old, is a graduate of the “La Masia” academy, and he left for Paris Saint-Germain two seasons ago, but he did not get real opportunities with the first team, and he shines in the youth league, and his contract expires in the summer of 2022.